Amhara Region, Ethiopia – “My heart is with him,” said Netsanet*, speaking of her husband, who has moved away to a distant town, leaving her and their son behind in a rural village in northern Ethiopia. She stayed in their home for a while, hoping he might change his mind and return.

When that did not happen, she moved to be closer to her family. Still, she is hoping they might reconcile. A few times a year, they meet her in-laws’ house.

But her relatives have cautioned her against becoming pregnant while the future of their marriage is uncertain. “If you have not given up on your husband, then go and get the injection,” family members have advised her, referring to the injectable contraceptives freely available at their local health post. 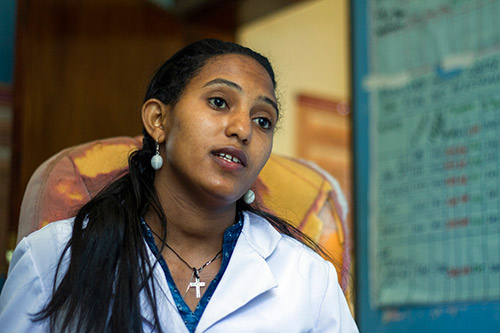 All women have access to free family planning services from any health facility – part of a national strategy to increase women’s access to family planning. Family planning is a key part of the Ethiopian Health Extension Programme package, supported by funds from UNFPA. Other parts of the programme include maternal and child health services, adolescent reproductive health care, vaccinations and nutritional counselling.

A few days before a planned meeting with her husband, Netsanet visited a nearby health post, one of 35 in Dera, the local ‘woreda’ or district. Semira Umer, a health extension worker, counselled her about the options available, and Netsanet chose the injection, which provides three months of contraceptive protection.

Ms. Semira says almost every mother in the area is now aware of the various contraceptives available. Health workers even conduct outreach in far-flung villages to raise awareness of family planning. “There is no single person that gets married without family planning,” she told UNFPA.

Worku Endale, head of the woreda health bureau, and Addiszemen Chane, the safe motherhood officer at the Amhara Region health bureau, agree that access to family planning information is widespread. But they say many women continue to avoid contraceptives for traditional or personal reasons – including misperceptions about family planning.

It took a long time for women to accept the injectable contraceptive, which is now the overwhelmingly popular choice. Data from Ms. Semira’s health post indicate that, over a three-month period in 2014, nearly all women had opted for the injection. Fewer than five had chosen to take oral contraceptives, and no one had selected the other options, which include condoms, implants that work for five or 10 years, and intrauterine contraceptive devices. Ms. Semira explained that many people recommend the injection to their friends and neighbours without having tried the other methods. 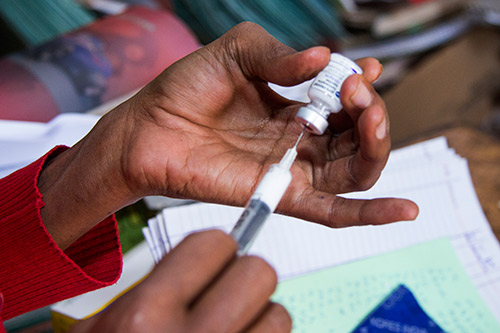 Few know that the long-acting methods can be removed anytime, and many repeat the rumour that these contraceptives make women “crazy,” the health experts told UNFPA. These same claims used to be made about the three-month injection before it became the method of choice, Ms. Semira added.

Still, health workers are determined to dispel these rumours because long-acting methods can have fewer side effects, and they offer protection better aligned with what women say they want. “There are mothers who do not want to give birth for an extended period of time, but who use short-acting methods for lack of knowledge,” Ms. Addiszemen said.

Still, acceptance of other methods is slowly growing.

“Every day, we give five to six [implants]. These are people who come for [the injection] and change their minds after counselling about their options,” said Fasika Maru, a midwife at Ambesame Health Centre.

Ms. Addiszemen expressed optimism that women will grow accustomed to the methods that best suit their needs. “The mothers have seen the benefit of … [the] injection,” she said, comparing the three-month method to oral contraceptives, which women have to remember to take every day. “Next, when they see the benefit of long-acting family planning methods, they will shift to that. They are already beginning to shift.” 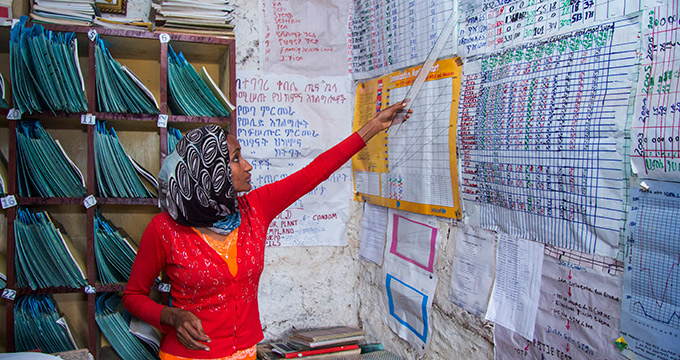