KORÇA, Albania – “When I was sixth grade, my mother used to say, very often, ‘Finish this year, and do not go to school anymore’,” said Gina,* a youth advocate from the marginalized Roma community in Albania.

In many ways, she did what her mother expected. She became engaged at 15 and married soon afterward. By 19 years old, she was a mother.

Gina struggled to care for her family at such a young age, but her father insisted she continue her education. “He used to encourage me to continue school, otherwise I would suffer without knowledge and without a job.”

Unlike many girls in her situation, she finished high school and went on to university. Afterward, she began working with community organizations. The work was crucial, not only so that she be a role model, but also so that she could support herself; her husband left when their daughter was just seven years old.

Today, Gina works with young people who are facing with the same issues she fought to overcome: entrenched poverty, gender inequality, child marriage, early pregnancy and pressure to drop out of school. 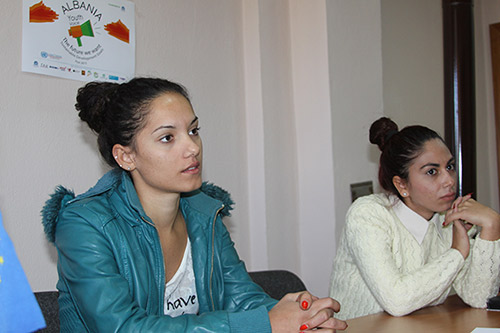 Sarah and Ariela,* both 17, explain the pressure they faced to drop out of school and get married. © Observatory for Children’s Rights

Gina works for Roma Active Albania and the UNFPA-supported Youth Voice campaign, which raises awareness of the needs of young people and advocates for leaders to prioritize their rights.

This fall, through Youth Voice, she met two girls whose life stories mirrored her own. Ariela* and Sarah,* both 17, live in a cluster of shacks in the suburbs of Korça. Near their home, sewage flows in the open, fouling the air.

The girls are sisters-in-law. They were both married when they were 14 years old.

“There was no space at my parents’,” Ariela told Gina, explaining that her brother’s and sister’s families were already crowded into their small home. Although, she was a good student, she could not afford to attend classes any longer. “I dropped [out of] school, although I wanted very much to learn. I had no clothes, no books,” she said.

Believing she was out of options, she got married, and now has a young son.

Poverty is a common driver of child marriage. Some impoverished parents press for their daughters to marry early so that their in-laws become responsible for their care, Gina explained. Yet child marriage only exacerbates poverty.

“We get married early due to poverty, and find ourselves with husbands and children at this young age,” Ariela said. Her husband had to leave his job due to health problems. “Now that my husband does not work, I regret being married. We are suffering. My child is suffering.”

Girls are also pressured to marry early because community members believe it will prevent premarital sex. When Sarah was married, she was forced to ‘prove’ her virginity to her mother-in-law. “She asked me to show the bedsheet to her after the first night with my husband, and I did,” she told Gina.

Nine months after Sarah was married, she gave birth to a baby girl. Now, she shares her one-room home with five others. Her in-laws do not permit her to work outside the home.

“All day, I have to wash clothes by hand, cook and do house chores, as my mother-in-law is sick.” Her father-in-law is the family’s income-earner, but “what he gets is not enough to feed six mouths,” Sarah said.

Gina works with community members to advocate for change. “I talk to mothers and try to convince them not to make their daughters get married at an early age,” she told UNFPA.

She also works to counter misconceptions about girls’ worth. “It is very important that they are educated, marry later and do not become hostage of some old-fashioned tradition that values virginity as the main value for a girl,” she said.

Her efforts, and those of her colleagues, are having an effect. “We have conducted many meetings with the community mothers, and have noticed that there is an increase of girls attending school.”

And she also continues to meet with Sarah and Ariela, helping them through their problems and teaching them their rights. The girls say they hope to someday be strong and independent – like Gina. 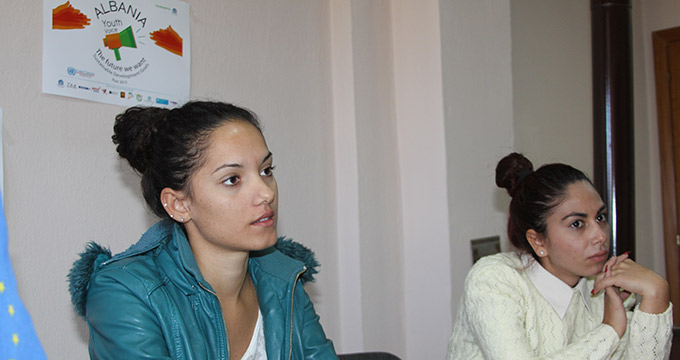