ABIDJAN, Côte d'Ivoire – AD’s* nightmare began when her parents died. “My uncle decided to marry me off against my will. I refused and ran away,” she said. AD sought help from her brother-in-law, “but he asked me to return to my so-called husband.”

With nowhere to turn, AD fled to the capital, Abidjan. “I have no family in Abidjan. I was sleeping under a bridge in the Adjamé neighbourhood for about a year.”

Things would only get worse.

Having never been to school, AD struggled to support herself. She found work as a maid, but “afterwards I met a young man who got me pregnant and chased me from his home,” she said. 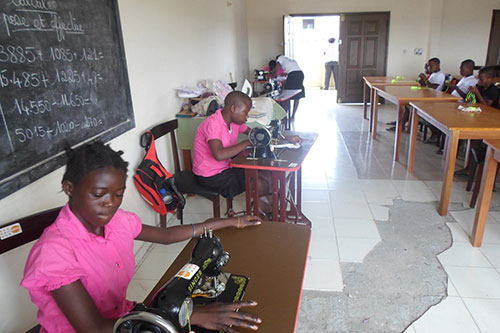 Girls attend a sewing class at the Maison d’Expression in Abidjan. © Cavoequiva

“I went back under the bridge. One woman offered to help when I went into labour. She took care of me until my Caesarean section delivery. Then, with the help of a nurse, she stole my baby.”

Fortunately, AD learned about Cavoequiva, a local organization providing assistance to youth living on the streets. “Cavoequiva helped me find my baby, who is 8 months old now and living in a nursery in the Yopougon neighbourhood.”

“I have learned baking, sewing, knitting, writing and reading,” AD announced proudly. “I knit very well. I can do it as a job.”

Girls face entrenched inequalities in Côte d'Ivoire. They attend secondary school in lower numbers than boys, for instance. According to the country’s 2012 demographic and health survey, roughly a third of girls are married before age 18, most of them to significantly older men. More than half of girls and young women think wife beating can be justified, and most young married women are not empowered to make decisions about family planning.

These conditions leave girls vulnerable to abuse, exploitation and neglect. ST* knows this all too well.

“I was in the last year of primary school when I fell ill,” she said. “I was about 10 or 11 years old. My sister asked my father for help, but he did not want to take care of me.

“When my health did not improve, my sister put me on a bus to Abidjan. There, I was abandoned in the street.”

Since 2003, Cavoequiva has provided assistance to girls living on the streets of Abidjan, including health care, meals, counselling and prenatal care. In 2010, UNFPA helped Cavoequiva open the Maison d’Expression. Since 2012, UNFPA has supported trainings and outreach activities for the girls attending the centre. 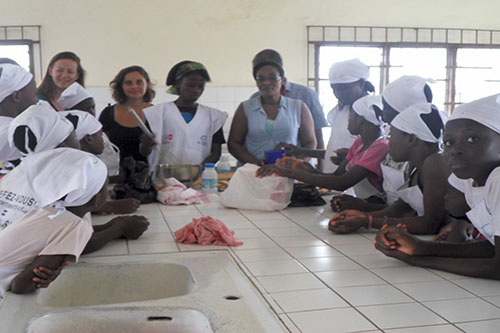 A baking class at the Maison d’Expression. © Cavoequiva

In the last five years, the Maison d’Expression has reached hundreds of people with information about gender-based violence, sexual and reproductive health, and HIV. Literacy, comprehensive sexuality education, cooking, baking, tailoring and other skills have also been taught to hundreds of young people.

After ST was left alone at the bus station, “a man in a uniform welcomed me into his home, and I ended up living with his family for a year,” she told UNFPA.

When she said she would like to go to school, he brought her to the centre.

“I stayed in the Maison d’Expression for three years, receiving training in baking, flower arranging, sewing and knitting,” she said.

ST is now 18 years old and says she wants to use the skills she’s learned to support herself. “I’ve found that I’m very strong in flower arranging. I’m going to buckle down and focus on that.” 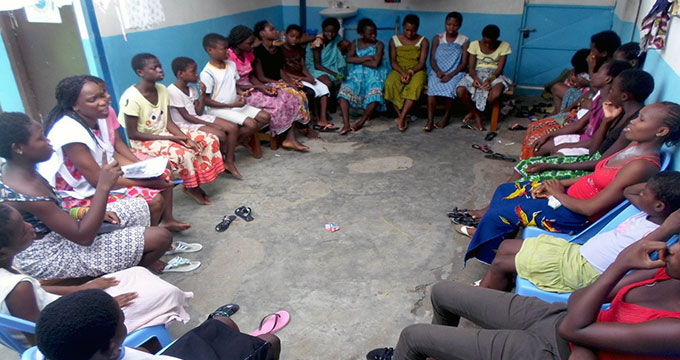