“I keep my eye on the girls who are pale, and those that get pregnant very young,” she explained. “It’s my job to warn them of danger signs.”

“I pushed their bellies down harder when the baby wouldn’t come out,” she remembered. “If there were problems, it got dangerous. We didn’t have any equipment or medicine on hand.”

But five years ago, she joined a government-led initiative, supported by UNFPA, that aimed to educate women in far-flung communities about safe pregnancy and childbirth. Crucially, she learned to encourage all pregnant women to visit professional health care providers. 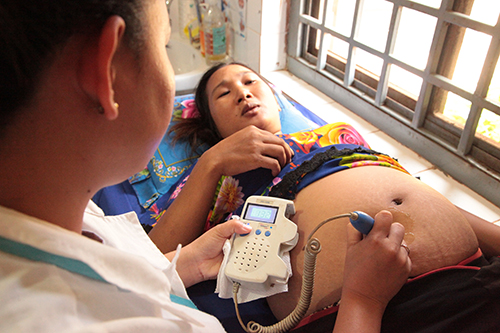 Today, she is a community health volunteer, looking out for hundreds of pregnant women in Sakreang and nearby villages in Rattanakiri Province. She monitors their progress and gives them referrals to health facilities.

She also holds education sessions. “It was hard getting women to come to my sessions at first, but gradually people joined in,” she said.

“Today, no one here gives birth at home anymore. Everyone goes to the facility.”

Cambodia has made huge gains in bringing down maternal mortality.

According to the latest data, nearly 90 per cent of all births in Cambodia now take place under the care of a skilled birth attendant.

But in remote provinces like Rattanakiri, progress is only just starting to show.

“We’ve had zero maternal deaths in our district so far this year,” said Dr. Lek Chanthy at the Borkeo district hospital, which covers a population of around 70,000 in Rattanakiri. “But language barriers, traditional practices and a lack of education are still serious challenges.”

There are nearly 195,000 people in the province, over half from indigenous groups. Many stick closely to traditional lifestyles: farm work, early unions and home births.

“Some people marry at just 14, so when they get pregnant their bodies are not ready,” explained Dr. Lek Chanthy, vice-chief of the district hospital. “Young mothers face higher risks of things like excessive bleeding and disability later in life, and with no skilled birth attendants helping with childbirth, they may not make it through serious complications.”

Romam Phel, 17, is poised to become one of these young mothers. She was married at 16, and is now seven months pregnant.

“I think my time came, and we just fell in love,” she said about her early marriage. “I wanted to have children straight away after our wedding.”

Ms. Pcheuk is encouraging her to give birth in a health facility.

Since the 1990s, UNFPA has supported the government in building a workforce of professional midwives and boosting access to sexual and reproductive health services.

Today, UNFPA, the government and partners are focusing on remote and underserved regions, increasing the number of midwives trained to deal with complicated births and doctors who can perform emergency Caesarean sections.

“Risks remain high for geographically remote communities and for marginalized groups like ethnic minorities, adolescents and migrants,” explained Ms. Breen Kamkong. “This is why we are focusing our actions on nine key provinces facing health and other inequities.”

Education is also essential. With UNFPA support, the Ministry of Education is developing comprehensive sexuality education curricula, which will be rolled out to all students between 10 and 18 years old.

“We need to go the last mile in bringing down maternal deaths,” said Ms. Breen Kamkong.

“That means putting the rights and needs of remote communities and marginalized groups right up front – so everyone can benefit from Cambodia’s phenomenal gains in bringing down maternal mortality, and can access vital sexual and reproductive health services and information.” 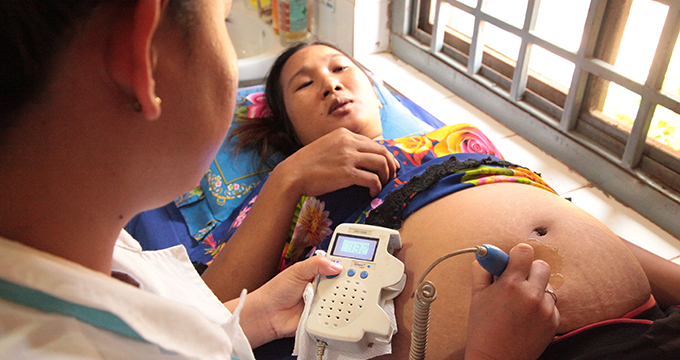