On the first floor of the United Nations General Assembly building hangs a framed, tattered blue-and-white flag with the placard:

Six years later in 2009, the United Nations formalized that the date would honour humanitarian workers killed or injured while doing their jobs and those who continue, day after day, to save, protect and preserve the lives and dignity of others in the face of conflict, natural and manmade disasters and disease. Today and every day, we are reminded that they are #NotATarget.

Last year’s World Humanitarian Day paid tribute to those providing aid in the global battle against COVID-19; there was much talk of real-life heroes who don’t wear capes. As we have seen, the fight is far from over in many parts of the globe. Other parts are ravaged by war and extreme climate events.

This year’s theme is the humanitarian impact of the climate crisis, especially on the planet’s most vulnerable who are losing their homes, livelihoods and lives. (Mozambique was struck by Cyclones Idai and Cyclone Kenneth, above, within a span of a month and a half in 2019. © UNOCHA/Saviano Abreu.) The World Health Organization estimates that the climate emergency will cause an additional 250,000 deaths a year between 2030 - 2050. Leading up to the United Nations Climate Change Conference (aka COP26) in November, the United Nations is raising awareness and urgency of the crisis’s human toll in #TheHumanRace campaign. Time is not on our side. But as United Nations Secretary General António Guterres said, "The climate emergency is a race we are losing, but it is a race we can win."

The climate emergency is a race we are losing, but it is a race we can win. – United Nations Secretary General António Guterres

It calls on all nations, all citizens to act as one in defending our shared home.

Around the world in humanitarian settings, UNFPA continues to provide basic essentials to the needy; treat the ill and abused with health and psychosocial care, including the displaced, the remote and the marginalized; deliver babies and support their mothers; train health workers, supply them with personal protective equipment and bolster health systems; ensure access to sexual and reproductive health services, create safe spaces for women, girls and youth – plant a flag in rubble and ash.

As long as there is need, there will be the brave and selfless responding to the call, running toward peril and calamity for no greater glory than showing humanity. Let our gratitude be as large as their generosity. 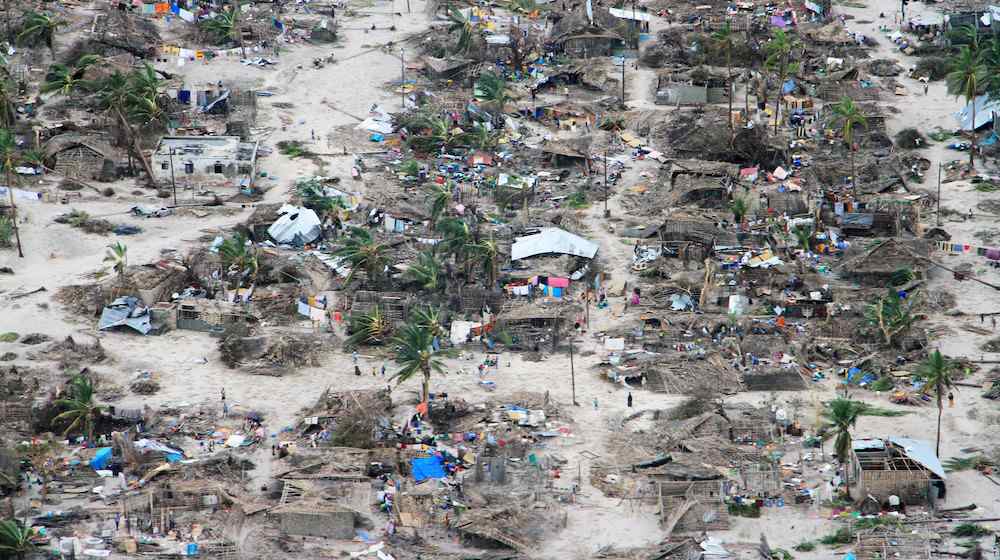