The rights and opportunities of individuals, in particular women and adolescent girls, must be at the centre of population and sexual and reproductive health policies in Europe, Central Asia and North America, participants agreed at the regional ICPD Beyond 2014 conference in Geneva, which ended on 2 July 2013.

“There are three main messages coming out of the conference: the ICPD agenda is unfinished business in the region, there are new population dynamics that need to be addressed, and the principles developed in Cairo two decades ago remain highly relevant to tackle these challenges,” said Werner Haug, UNFPA Regional Director for Eastern Europe and Central Asia.

More than 300 participants from governments, parliaments, civil society, academia and youth networks were brought together by UNFPA and the UN Economic Commission for Europe (UNECE) for the two-day conference to review progress since the landmark 1994 International Conference on Population and Development (ICPD) in Cairo and build consensus on priorities for the 21st century.

“People should be at the center of development, with particular attention to human rights, gender equality, health and education, especially the education of girls,” according to the summary presented by Ambassador Urs Schmid of Switzerland, who chaired the conference.

A number of goals identified in the ICPD Programme of Action have not been achieved everywhere in the region, including universal access to sexual and reproductive health, comprehensive sexuality education, or gender equality. At the same time, more recent dynamics such as population ageing, the slowing of population growth, increasingly complex migration flows, and the emergence of more diverse forms of families need to be addressed.

“There was overwhelming support among participants from all parts of the region for putting the rights of individuals front and centre,” Haug said: “Advancing human rights and investing in the education and health of people is key for getting our societies ready to fully implement the ICPD agenda and deal with current population dynamics.” 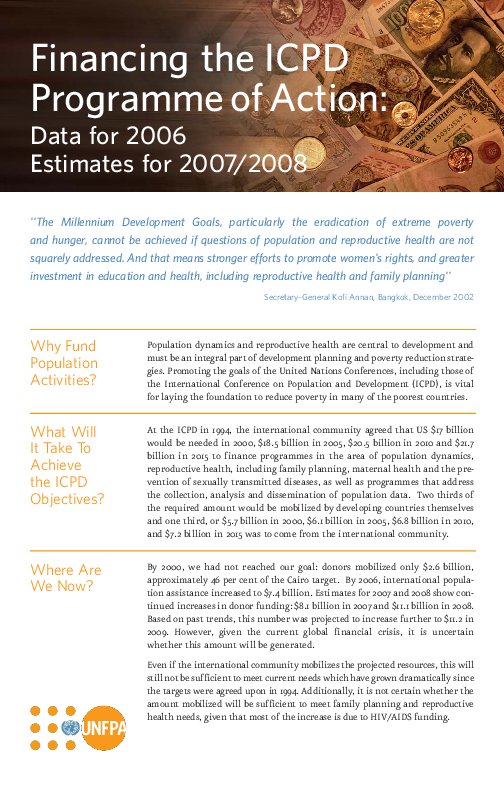 Financing the ICPD Programme of Action 2008 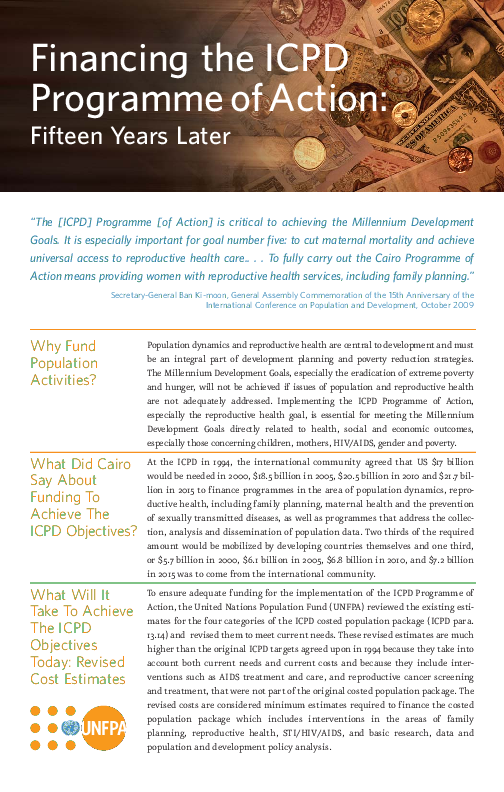 Financing the ICPD Programme of Action 2009 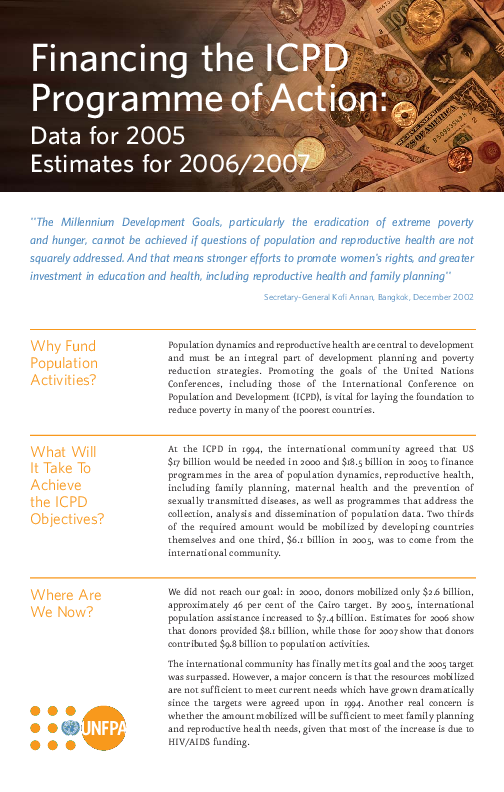 Financing the ICPD Programme of Action 2007