Some 200 million women and girls alive today have been affected by female genital mutilation, which is customarily done between infancy and age 15. There is no medically sound reason for what is recognized as a violation of human rights, and potential consequences range from mental health disorders and suicidal thoughts to sexual dysfunction and infertility – even death.

In 2008, UNFPA and UNICEF launched the Joint Programme on the Elimination of Female Genital Mutilation (FGM). The programme has made meaningful strides – more than 3.2 million girls and women have been supported by protection and care services and 13 countries have established legal frameworks for abolishing the practice. But it has not escaped COVID-19, which has hampered prevention efforts so that an estimated two million more girls over the next decade will be subjected to the practice than before the pandemic.

The practice is thousands of years old, but it is falling out of favour among a new generation, not to mention among mothers who are FGM survivors and don’t want their daughters to undergo what they did. In the last two decades, the proportion of girls and women in countries where the practice is prevalent who want it to stop has doubled, according to UNFPA’s 2020 State of World Population report.

This year’s theme is No Time For Global Inaction: Unite, Fund and Act to End Female Genital Mutilation. Because everyone has a part to play – governments, civil society, social movements and activists, collaboration is key. To end female genital mutilation by 2030 will cost an estimated $2.4 billion, or $95 to prevent one girl from being cut, a small investment that reaps untold rewards in her boundless future. Finally, the structures, policies and harmful gender norms that perpetuate the practice must be transformed. Championing gender equality means supporting a girl’s bodily autonomy and her right to decide what happens to her body.

An estimated 4 million girls are at risk of being cut each year. The goal by 2030 is to get that number to zero. This great challenge before us is why we must unite, fund and act. 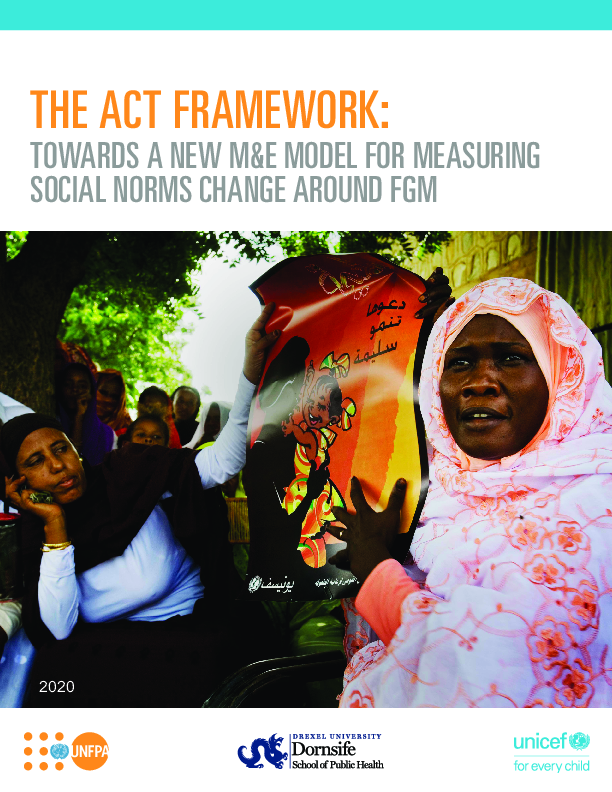 The Act Framework: Towards A New M&E Model For Measuring Social Norms…