Coming shortly after the first International Day for the People of African Descent, UNFPA Executive Director Dr. Natalia Kanem will deliver opening and closing remarks at a dialogue from Panama on where the world is in advancing both the Durban Declaration and Programme of Action, adopted in 2001 in Durban, South Africa and which proposed actions to fight racism, racial discrimination, xenophobia and intolerance, and the more recent programme of activities of the International Decade for People of African Descent.

International experts, leaders and activists will discuss ways to galvanize global leaders and influencers into action, identify solutions towards achieving a just and equitable future and highlight gender-based inequalities that contribute to violence and harmful practices perpetrated against women and girls.

Racism defies borders; defeating it must be a global, collective effort. Last month, the United Nations General Assembly established the Permanent Forum of African Descent to tackle systemic racism. Because a violation of another person’s right to live freely, equally and with dignity is a violation of all of our human rights. 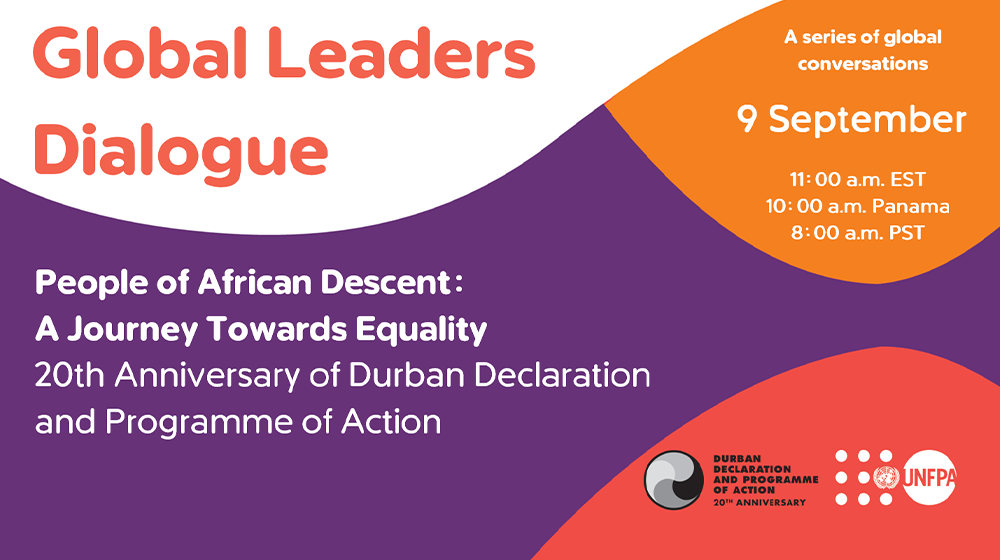