Coming just a year after the International Conference on Population and Development, the Fourth World Conference on Women in Beijing built on its momentum and reiterated some of the consensus language related to the rights and health of women that was established by the ICPD Programme of Action. The Beijing conference also built on political agreements reached at the three previous global conferences on women, and consolidated five decades of legal advances aimed at securing the equality of women with men in law and in practice. 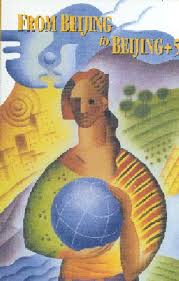 The Beijing Declaration and the Platform for Action, adopted unanimously by 189 countries, sets an agenda for women’s empowerment and is considered the key global policy document on gender equality. It sets strategic objectives and actions for the advancement of women and the achievement of gender equality in 12 critical areas of concern:

More than 17,000 participants attended, including 6,000 government delegates at the negotiations, along with more than 4,000 accredited NGO representatives, a host of international civil servants and around 4,000 media representatives. A parallel NGO Forum held in Huairou, near Beijing, drew some 30,000 participants.

Beijing Declaration and the Platform for Action

Message on the occasion of International Women’s Day: Beijing at 20