DURBAN DECLARATION AND PROGRAMME OF ACTION

20th Anniversary of the Adoption

In commemoration of the 20th anniversary of the adoption of the Durban Declaration and Programme of Action (DDPA), the General Assembly is holding a high-level meeting, at the level of Heads of States and Governments, on the theme “Reparations, racial justice and equality for people of African descent.”

In line with operative paragraph 29 of A/RES/75/237, the President of the General Assembly decided to appoint H.E. Mr. Francisco António Duarte Lopes, Permanent Representative of Portugal and H.E. Ms. Mathu Theda Joyini, Permanent Representative of South Africa to conduct intergovernmental consultations on the political declaration, and carry out consultations on the modalities of the high-level meeting.

General Assembly in its resolution 75/237 has decided, that the meeting will adopt a short and concise political declaration aimed at mobilizing political will for the full and effective implementation of the DDPA and its follow-up processes.

Invitation to Organize and Support

The General Assembly also invites Member States, United Nations entities, international and regional organizations, civil society, including non-governmental organizations, and other stakeholders to organize and support various high-visibility initiatives, aimed at effectively increasing awareness at all levels, to commemorate the twentieth anniversary of the adoption of the DDPA. 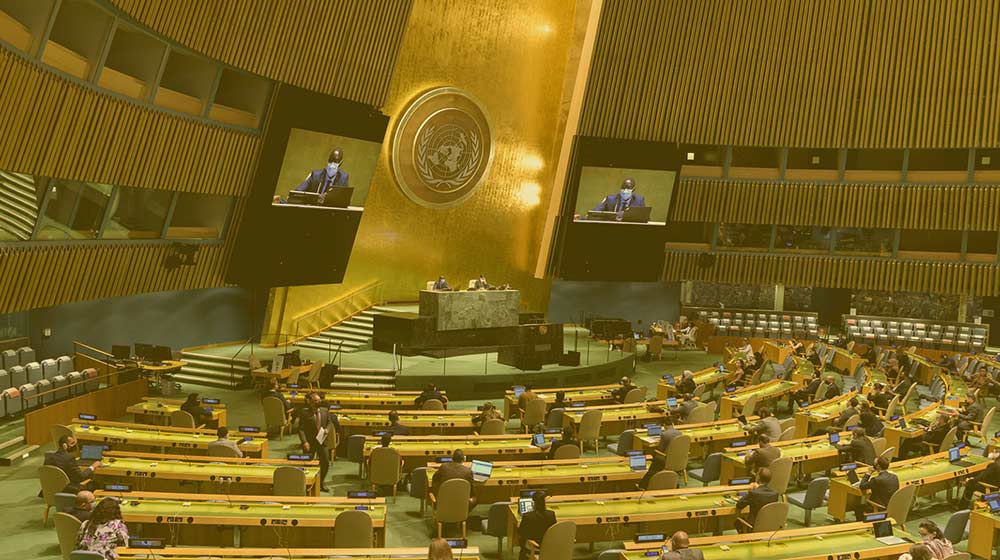 See Us, Hear Us, Count Us In - High Level Conversation on Anti-racism