EN
The reporting period has been relatively calm though the situation remains unpredictable, especially in the Juba PoCs, Malakal and Bentiu.
Working in the camps is becoming increasingly tense for humanitarian actors. During the reporting period, crowds of disgruntled youths entered the UN compound at UN House, armed with sticks and ready to fight. It is reported that the youth were angry about a dispute over camp leadership. The dispute started inside the camp but eventually the youths pushed their way through the gates into the UN compound and made their way towards offices. Security was able to contain the situation after all staff were advised to stay inside locked offices for approximately 2 hours. 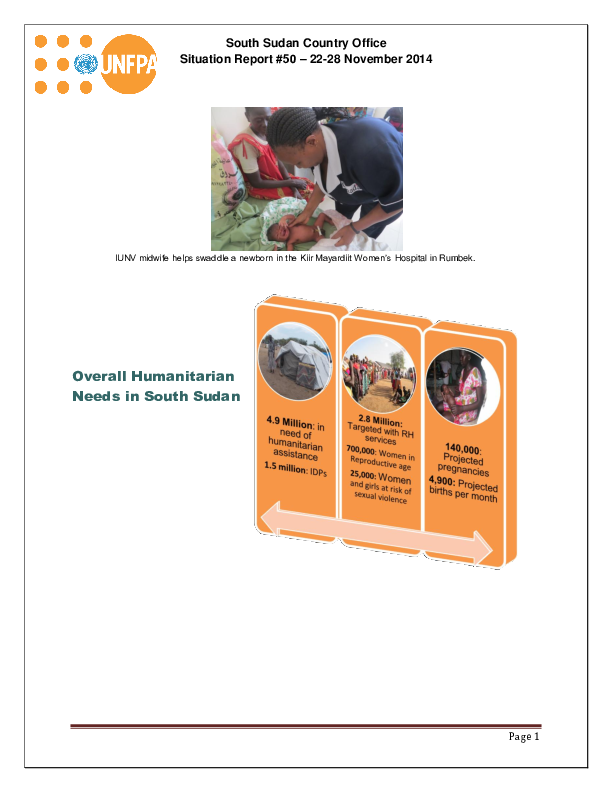