EN
Theft and carjacking remain a serious security concern in Juba with UN and NGO vehicles as the main target. Fighting continued in Renk, Upper Nile State causing population movement towards PoCs and northwards to the Sudan border, as well as to the south of Renk. The situation in Nassir area of Upper Nile State was tense, as it was in Bentiu and Rubkona, Unity State areas with continued unconfirmed reports of impending attack. 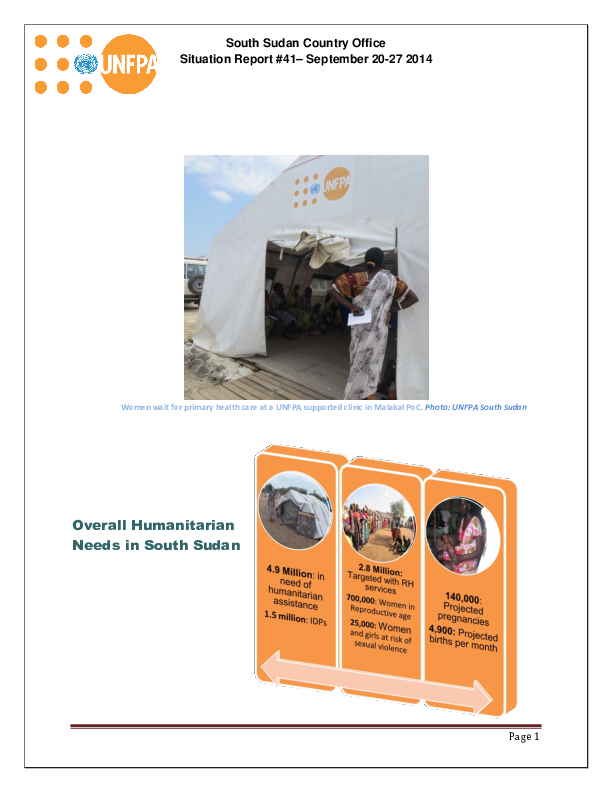