HARARE/NEW YORK – “When I was working, I would not give my wife any money. I would keep what I made in my own pocket,” said John Kaponda in Epworth, Zimbabwe. “I would come home drunk, kick all the pots, and beat my wife if she was not cooking meat for me, even though I did not give her the money to buy meat.” But since joining Padare, a UNFPA-supported movement of men advocating for gender justice in Zimbabwe, Mr. Kaponda says, “I have made a lot of changes in my life.”

This week, UNFPA joins partners and advocates at the second international MenEngage Global Symposium, in New Delhi, India. The event brings together policy experts, researchers and activists to share new findings and best practices on getting men and boys involved in ending gender-based violence and promoting gender equality. 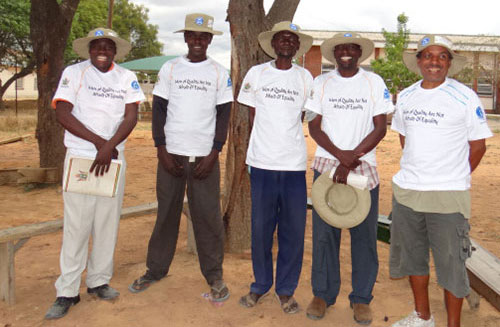 Such efforts are already making a difference around the world. In Zimbabwe, for instance, UNFPA is working with Padare to address harmful social norms that perpetuate gender inequality.

In Zimbabwe, as in many parts of the world, gender-based violence is pervasive. Thirty per cent of women have experienced physical violence, according to the country’s 2010-2011 demographic and health survey, and the most common perpetrator of this violence is an intimate partner. Some 27 per cent of women reported they had experienced sexual violence, often committed by a husband or boyfriend.

Padare, which began with just five men in 1995, now has chapters all over the country. The chapters’ monthly meetings are open to all men who would like to attend. There, men discuss issues related to violence, gender inequality and harmful practices. Women are also invited to take part in some of the meetings.

Padare, which has been supported by UNFPA since 2012, also works with traditional leaders and faith-based organizations to reach men, and it trains male advocates to further spread the message of gender equality. In the first half of this year, Padare trained 608 advocates in 19 districts.

Today, Mr. Kaponda is one such advocate. “I was losing control of myself and my life,” he says of his former behaviour. Through Padare, “I discovered my behaviour was wrong and I began to change. Now I am a Padare counsellor and help other men to do the same.”

Padare also offers counselling to men who are perpetrators of gender-based violence.

“Many of the prisoners are not aware that they committed a crime,” said Svinurai Claudius, a Padare counsellor at the Harare Central Prison. “They believe what they did – rape, domestic violence, marrying a minor – is justified due to cultural, traditional or religious norms.”

But slowly, attitudes are changing.

After the prisoners are released, they are referred to Padare groups in their communities for continued counselling and assistance. “The reintegration aspect is very important,” said Padare prison services officer Evelyn Maifvoreva.

The MenEngage Global Symposium will highlight these kinds of successes, and explore how to sustain and expand these programmes – which not only support and empower women but can yield benefits for men as well.

For example, recognizing that stability plays an important role in the lives of impoverished men and their families, the Padare programme in Epworth has introduced income-generating programmes. “We also run some livelihood programmes – such as gardening, chicken, peanut butter, fishing groups – which keep the men occupied and gives them a sense of purpose and a source of income,” said Tendayi Makoni, a Padare counsellor.

And the lessons they teach are applicable not just men but for everyone. Said Padare counsellor Spencer Kandowe: “Violence does not solve problems." 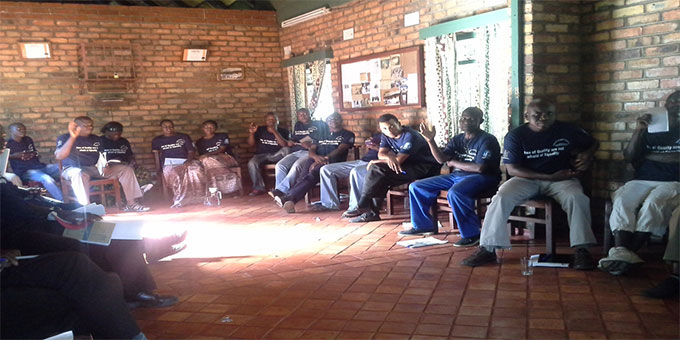