EN
Each year, more countries are establishing reproductive health commodity security (RHCS) as an integral and permanent component of the overall health sector plan and a key strategy in reducing maternal and newborn death and preventing the spread of HIV. In 2009, countries supported by UNFPA’s Global Programme to Enhance Reproductive Health Commodity
Security (GPRHCS) reported significant progress and measurable impact. The overall political and financial commitment to RHCS continued to rise in 2009 despite the challenges of the financial crisis, reflecting the growing momentum around reproductive health (RH) and rights. The Global Programme contributed to this momentum by supporting government efforts to integrate RHCS into health sector plans and establishing RHCS as a national priority. Awareness-raising and advocacy events were held at various levels for parliamentarians and other policy makers, to increase the visibility of RHCS within the health sector and at the community level to generate demand for RH services, particularly among vulnerable populations. At the same time significant progress has been made in supporting countries to build capacity for the management of reproductive health commodities and reduce the frequency of stock-outs within many facilities in the various countries. 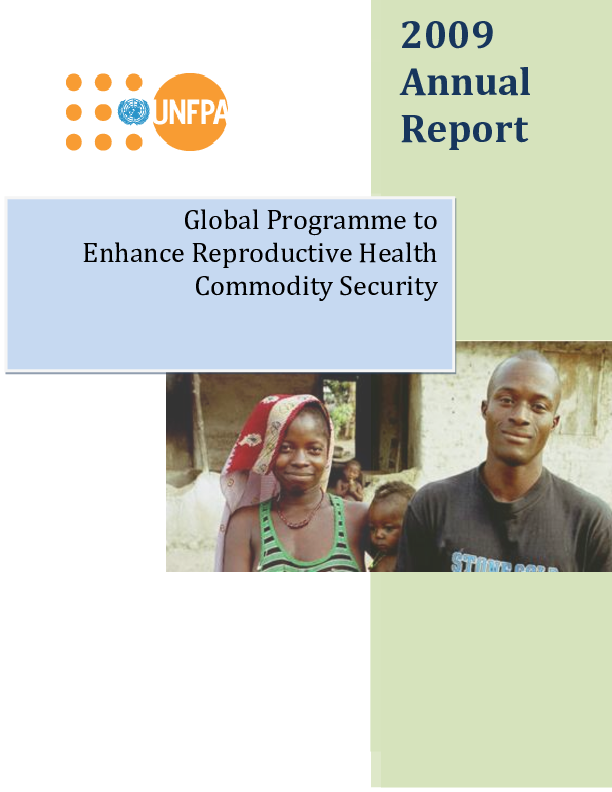