A Resource Kit on Climate, Population and Gender

EN FR
The 1992 United Nations Conference on Environment and Development (UNCED) in Rio de Janeiro, Brazil—more commonly
known as the “Earth Summit”—was momentous for women’s civil society environmental advocacy. While only 200 non-governmental organizations (NGOs) had been accredited for the “official” portion of the 1985 Decade for Women Conference in Nairobi, an incredible 1,400 NGOs were officially welcomed to UNCED seven years later, represented by about 2,500 people.1
Women’s organizations made up only about 5 per cent of those granted access, but quantity had no impact on quality: an entire chapter on women and environmental issues (Chapter 24) was included in the outcome agreement, Agenda 21, with numerous cross-cutting gender issues woven throughout the whole agreement. 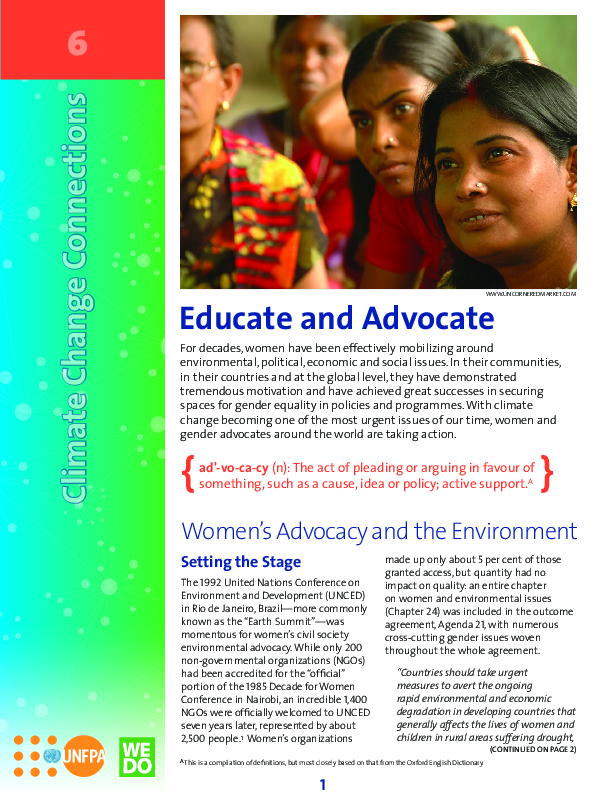