The development community is in a period of notable concern regarding the employment prospects for young people in Africa, both Northern Africa and sub-Saharan Africa. About 60 per cent of Africa’s population is currently below 25 years, and given relatively high fertility rates compared to other regions, the population under 25 is expected to keep rising for the coming decades from 721 million in 2015 to 1.4 billion by 2063, according to the United Nations 2017 World Population Prospects.

High numbers of unemployed and disempowered youth have contributed to political conflicts on the continent. Limited economic prospects are leading to high rates of youth mobility and migration, with ensuing humanitarian risks. Conflict and climate-related hazards, sometimes occurring together as in the Lake Chad region, further threaten livelihoods and undermine already fragile systems for human capital development. At the same time, young people worldwide have digital knowledge about global inequalities, better prospects in other countries, and their own rights denied. In such contexts, a common perspective is to associate youthful populations, and young people more specifically, with threats to peace and security.

The demographic dividend offers a fundamental reappraisal of the prospects and pathways for sustainable development in countries with high proportions of young people. While early research on the demographic dividend focused retrospectively on the importance of a youth bulge to economic growth in 20th century Asia and Latin America, Africa has championed a proactive effort to review these lessons and promote policies that will advance prospects for a comparable economic dividend on the youngest continent.

The key argument of the demographic dividend states that expanded investments in empowerment and education, particularly at the critical juncture of adolescence, have lasting effects throughout life. When such investments extend broadly across the population, they result in a surge of human capital into society. When this surge coincides with a demographic bulge of young people due to lower and later childbearing among the population, the result is an especially high proportion of the population with better health and education moving into their most productive years. If these young people are met with a society and economy that offers real opportunities for decent work, accelerated development can occur in the course of a generation.

The 2014 Addis Ababa Declaration on Population and Development (AADPD), part of the 20-year review of the 1994 Programme of Action of the ICPD, broke new ground on the demographic dividend. The theme of the AADPD report was “Harnessing the Demographic Dividend: The Future We Want for Africa” – highlighting how demographic change shapes the core priorities for African countries in delivering on commitments in the ICPD Programme of Action.

As Africa puts in place the foundations for the successful implementation of its Agenda 2063 as well as the 2030 Agenda, Heads of State and Government have dedicated the year 2017 to “Harnessing the Demographic Dividend through Investments in Youth.” Consistent with the ICPD agenda, this theme underscores the importance of progressive policy development and dedicated investments for expanding human rights and human capital, through improving universal health, including sexual and reproductive health and reproductive rights, advancing gender equality and women’s empowerment, promoting a revolution in education, and expanding formal employment and a climate for entrepreneurship. 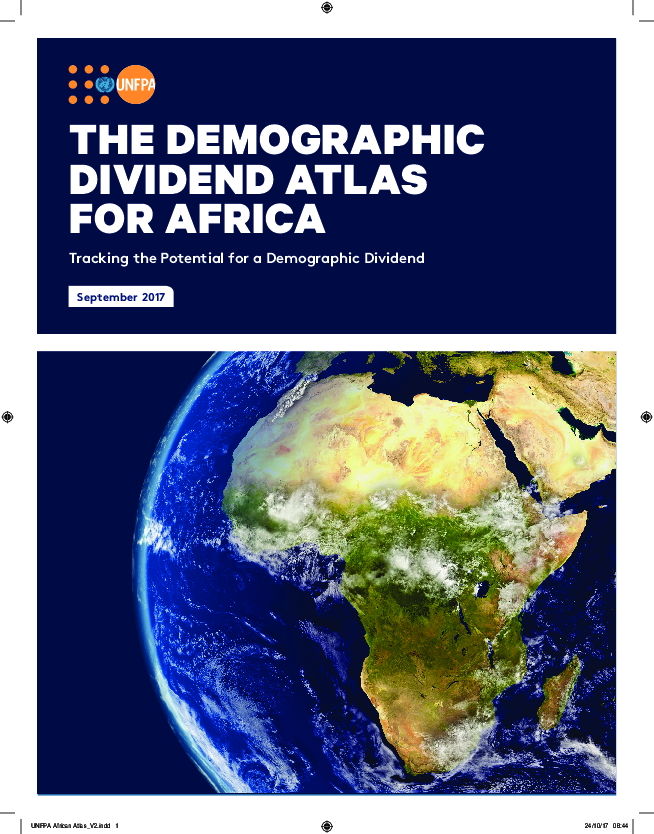