Earthquake and tsunami devastating for 45,000 pregnant women in Indonesia

DONGGALA, Indonesia – “I am so scared. I can’t even describe it,” Ibu Fariati, 27, told UNFPA.

More than 2,000 people have been confirmed dead since the quake and subsequent tsunami struck the island of Sulawesi, leaving the regional capital Palu and its surrounding areas reeling. An estimated 680 are still missing, although this number may rise as recovery efforts continue. In the worst-hit areas, the twin disasters have affected some 1.5 million people, including roughly 88,000 who have been displaced.

“We live under a small tent, which we share with six other families,” Ms. Fariati explained. “My two daughters are still small. They are too young to face this.”

Survivors are now confronting new dangers. Harmful conditions in evacuation sites can wreak havoc on their health and safety – especially for women and girls. Lack of access to clean water and hygiene supplies heightens their risk of contracting infectious diseases, while overcrowding and sub-standard shelter render them vulnerable to gender-based violence, which can escalate in humanitarian settings.

“At night, I am scared to use the communal toilets. There are no lights or doors,” Ms. Fariati described. “The toilet is far from here. I have to ask my husband to accompany me or one of my daughters. I also have to walk into the bush to collect firewood. I walk with other women, as I am scared that someone will come and touch me. I have no choice. I have to collect firewood to cook. Otherwise, my family won’t eat.”

Women and girls endure an additional hardship – the effect of displacement on their sexual and reproductive health. During natural disasters and other emergencies, women can lose access to family planning, exposing them to unwanted pregnancies in treacherous conditions.

“Another scary thing is that my contraceptive pills are almost finished,” Ms. Fariati said. “It would be a disaster to get pregnant here. One of the women who shares a tent with us is eight months pregnant. She will give birth in this tent soon, and I am scared she will not be able to deliver her baby safely.”

Every day, some 500 women and girls die from childbirth- and pregnancy-related causes in areas affected by natural disaster or conflict.

UNFPA estimates that 352,000 women of reproductive age have been impacted by the earthquake and tsunami, including 45,300 women who are pregnant. More than 14,000 of these women will give birth in the next three months, with about 2,100 expected to experience childbirth complications that require emergency care.

With hospitals and health centres damaged and public transport severely compromised, efforts to meet their sexual and reproductive health needs are under strain.

UNFPA is on the ground, reinforcing the government-led humanitarian response to ensure lifesaving services reach women and girls.

“Women don’t stop giving birth during emergencies,” said Elisabeth Sidabutar, National Humanitarian Analyst with UNFPA Indonesia. “The risk of gender-based violence rises amid a humanitarian crisis. The specific needs of women and girls must not be forgotten at such times.”

Under the Ministry of Health’s lead, UNFPA is deploying midwives to camps and other evacuation sites in order to provide proper antenatal, delivery and post-natal care. Kits that contain critical post-childbirth items for pregnant women, as well as hygiene supplies for women and girls, are also being distributed.

In addition, UNFPA is supporting the establishment of reproductive health tents and safe spaces, where women and girls gain access to psychosocial support for trauma recovery, as well as essential information and services such as family planning and antenatal check-ups. Five reproductive health tents and three safe spaces for women and youth have already been established, with 10 additional tents in the works.

Still, the unmet needs of women and girls are immense.

“We’re still in the acute phase of the crisis, and it’s clear that it will take a long time for Sulawesi to recover,” noted Dr. Annette Sachs Robertson, UNFPA's representative in Indonesia. “UNFPA will remain part of the response, and of support to the Indonesian government and women and girls affected by the disaster, for as long as we’re needed.”

On a visit to the village of Balaroa, one of the hardest hit areas of Palu, last Friday, UN Secretary-General António Guterres emphasized this commitment. "To the many people I saw and spoke to – your strength and resilience are remarkable. The UN is with you." 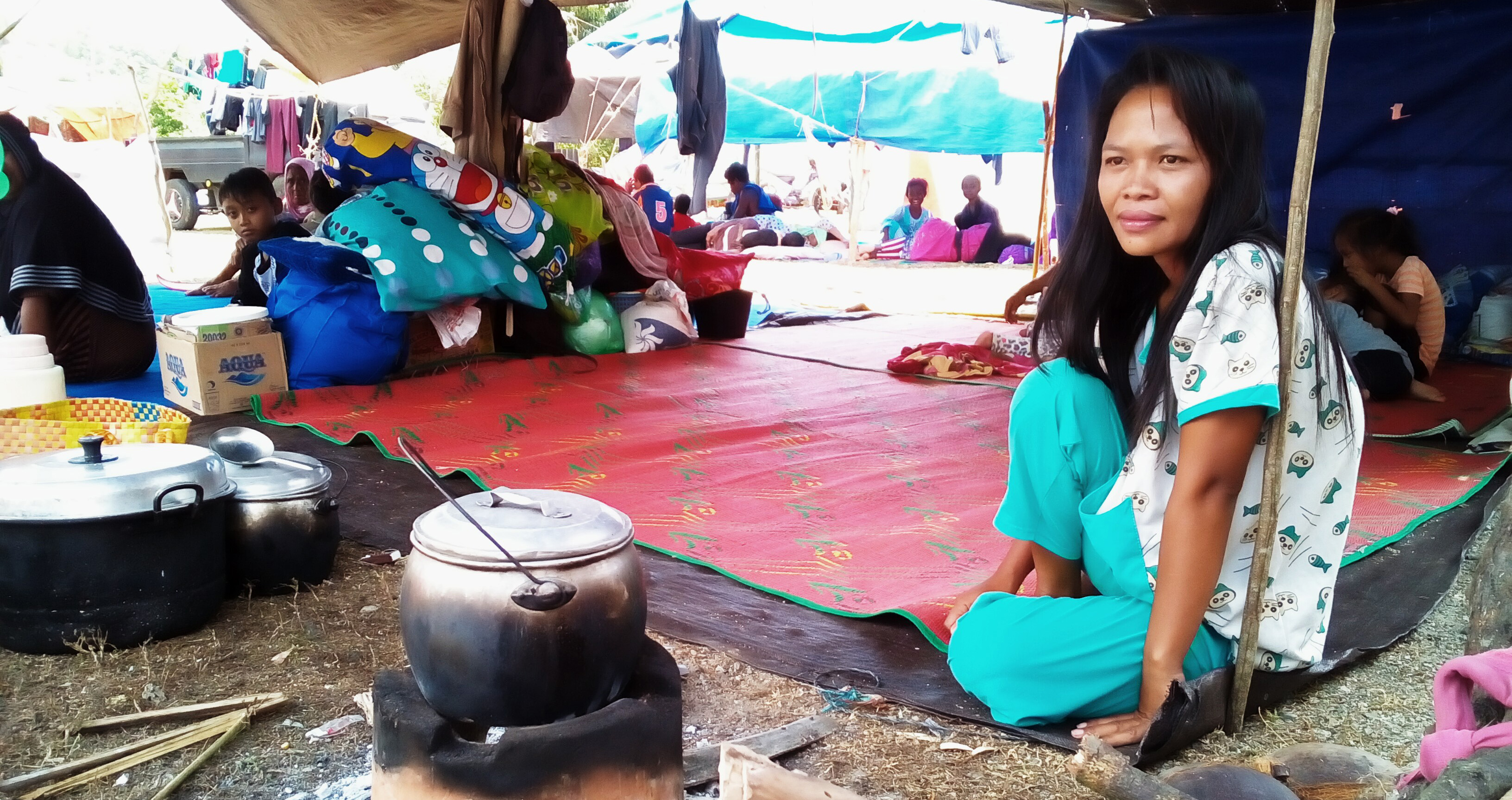 Earthquake and tsunami devastating for 45,000 pregnant women in Indonesia