Joint Report on Protection of Refugees in Europe

Today the UN refugee agency (UNHCR), the UN Population Fund (UNFPA) and the Women’s Refugee Commission (WRC) expressed concern about the grave risks to refugee and migrant women and girls on the move in Europe.

UNHCR, UNFPA and WRC conducted a joint field assessment of risks involved for refugee and migrant women and girls in Greece and the former Yugoslav Republic of Macedonia in November 2015.

The assessment found grave risks to refugee and migrant women and girls on the move in Europe.

The report notes that: “Single women travelling alone or with children, pregnant and lactating women, adolescent girls, unaccompanied children, early-married children — sometimes themselves with newborn babies — persons with disabilities, and elderly men and women are among those who are particularly at risk and require a coordinated and effective protection response.” 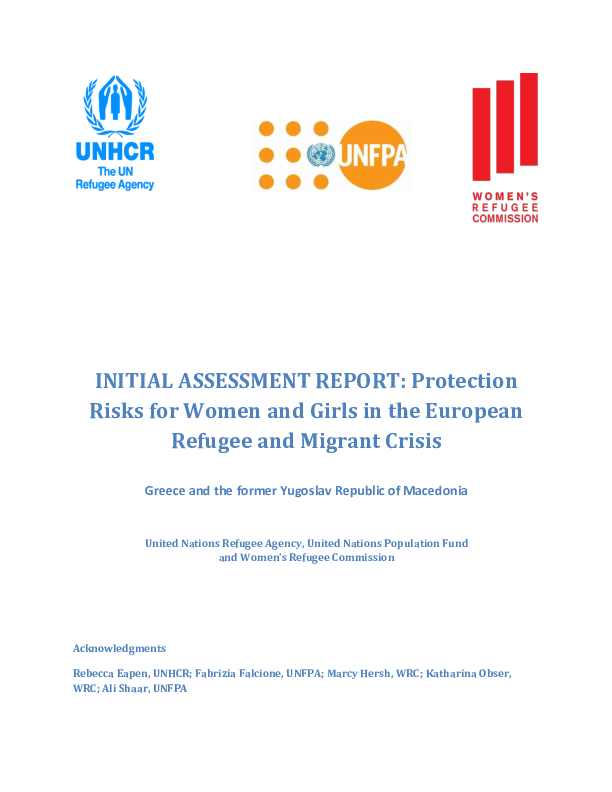 Joint Report on Protection of Refugees in Europe