SANA’A, Yemen – Najat, a trained midwife, was well aware of the dangers of pregnancy and childbirth. But when her own health needs and professional judgment clashed with her husband’s traditional ideas, she suffered in ways she could not have imagined.

Najat was a midwife in the Wesab area of Dhamar Governorate. When she got married, she moved to her husband’s village, and continued practicing midwifery – even riding a donkey to reach faraway patients.

“It was difficult in the beginning to cope with the new environment. But then I managed to build good relations with the villagers, and I started to provide midwifery services to women in the village,” she told UNFPA.

She delivered 36 babies in her new village, and encouraged women to give birth in the hospital when possible.

But her own family would not heed this advice.

Najat became pregnant in her first year of marriage, and was overjoyed. She sought regular check-ups to ensure the health of her pregnancy. When she learned the fetus was not in the proper position, the solution was clear: a Caesarean section delivery.

But her in-laws disapproved.

The family was conservative, and they had long objected to Najat’s midwifery practice. They felt maternal health services were indulgences.

When Najat insisted she needed hospital care, her mother-in-law intervened. “She told me that there was no need for the hospital. She had given birth to many children before and did not need the hospital,” Najat recalled. The family regarded hospital care as “a mere luxury.”

As Najat feared, she went into a prolonged, obstructed labour, a potentially fatal condition for both mother and baby. She begged her husband and mother-in-law for help, but they ignored her – for days.

“I stayed for four days suffering from pain trying to give birth, but in vain,” she said. “My body was exhausted, and I was physically and psychologically worn-out.”

It was only when they saw she was on the brink of death that they reluctantly agreed to transport her to a hospital.

As soon as she arrived, an emergency C-section was performed. Miraculously, both Najat and her daughter survived.

But Najat’s ordeal was only beginning.

As she recovered from surgery, she discovered further complications. “I thought that an open water bottle behind me might have fallen and I did not notice it. Eventually, I realized the wetness was coming from me.”

She realized she had developed an obstetric fistula, a hole that develops when birth canal tissues die following a prolonged, obstructed labour. The condition causes incontinence, infections and social isolation.

Because it can be prevented with timely access to a C-section, the injury has been largely eliminated in much of the world. Today, it afflicts the most marginalized women and girls – those without the power, money or ability to receive emergency obstetric care.

Separated from her baby

The doctor confirmed her diagnosis.

Although she required further recovery, Najat’s husband and mother-in-law insisted she return to their village to resume her domestic duties.

“Thinking about the continuous leaking of urine and walking with the catheter was just embarrassing and humiliating in the presence of many of my sisters-in-law in the house,” Najat said.

“Who would accept me like that? Who would clean after me constantly?  I also had my own daily home chores. That scenario was difficult to handle. So I decided not to go back to the village.”

Her husband returned to his village, taking their daughter with him.

Najat went to her parents' house. For months, her family tried to bring the baby back to see her, but their attempts failed.

Finding the space to heal

Meanwhile, Najat learned about a UNFPA-supported fistula unit at the Al-Thawrah Hospital in the capital, Sana’a. “Through a WhatsApp group, I read the announcement about treating fistula cases for free. I contacted them,” she said.

Her family was able to raise the funds needed to transport her to the hospital. Finally, seven months after giving birth, she received a surgical fistula repair.

“I got treated, and here I am,” she told UNFPA.

Since 2011, the UNFPA-supported fistula treatment units in Sana’a and Aden have successfully treated nearly 290 cases of obstetric fistula.

Survivors, who often endure months or years of stigma, may also require assistance reintegrating into their communities. But Najat knew just how to resume her daily life.

She began working in a private hospital in Sana’a. Today, she is on a waiting list to receive UNFPA assistance to open up her own home-based midwifery clinic.

She is happy to be starting a new future, but her heart aches for the baby who was taken from her. “I cannot dream anymore,” she said. 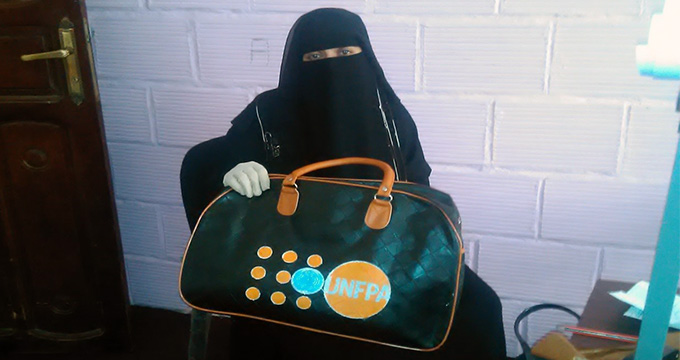