Statement by UNFPA on U.S. Decision to Withhold Funding

UNITED NATIONS, New York, 4 April 2017—UNFPA, the United Nations Population Fund, regrets the decision by the United States to deny any future funding for its life-saving work the world over. This decision is based on the erroneous claim that UNFPA “supports, or participates in the management of, a programme of coercive abortion or involuntary sterilization” in China. UNFPA refutes this claim, as all of its work promotes the human rights of individuals and couples to make their own decisions, free of coercion or discrimination. Indeed, United Nations Member States have long described UNFPA’s work in China as a force for good.

The United States, one of our founding members, has long partnered with UNFPA to protect and promote the reproductive health and rights of women and girls, thereby fostering healthier women and girls and their families. The support we received over the years from the Government and people of the United States has saved tens of thousands of mothers from preventable deaths and disabilities, and especially now in the rapidly developing global humanitarian crises. With previous United States contributions, UNFPA was combatting gender-based violence and reducing the scourge of maternal deaths in the world’s most fragile settings, in areas of conflict and natural disasters, including Iraq, Nepal, South Sudan, Syria, the Philippines, Ukraine and Yemen.

We have always valued the United States as a trusted partner and leader in helping to ensure that every pregnancy is wanted, every childbirth is safe and every young person's potential is fulfilled. We, therefore, look forward to continuing our work with the United States to address these global concerns and to restore our strong partnership to save the lives of women and girls globally, within the framework of the global development goals, thereby leaving no one behind.

The United States Support for UNFPA

UNFPA, the United Nations Population Fund, works in more than 150 countries and territories, home to more than 80 per cent of the world’s population.

With support from the United States, UNFPA in 2016 was able to:

"To date, there has not been evidence that UNFPA supports coercive abortion or involuntary sterilizations," the Kaiser Family Foundation reported in a fact sheet on the issue. 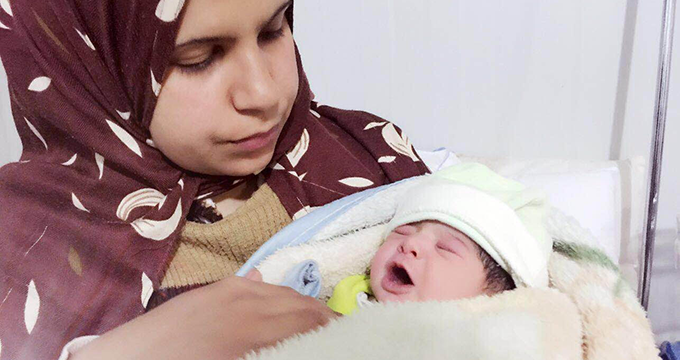 Statement by UNFPA on U.S. Decision to Withhold Funding