DUHOK, Iraq – “I was raped. I hated life and attempted suicide,” described Maha*, a 19-year-old Yazidi woman who was abducted by the Islamic State of Iraq and Levant (ISIL, also known as Daesh or ISIS).

She was enslaved, transported between Iraq and Syria, and sold as though she were no more than property. After she was eventually rescued, the horrors of her experience stayed with her.

But slowly, with help from counsellors at the Duhok Women’s Centre, she has begun to heal.

“Things have changed now,” she said softly, speaking to a social worker at the centre. 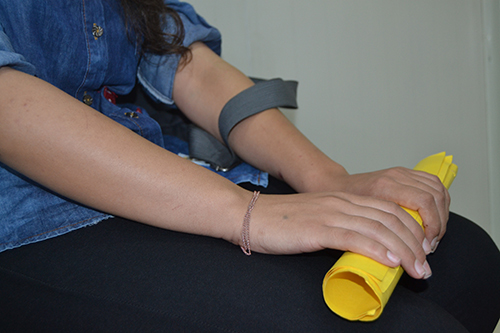 Maha* was defiant after being abducted by ISIL. Today, she is working to heal. © UNFPA/Khetam Malkawi

Maha was captured when ISIL invaded the northern Iraqi city of Sinjar in August 2014.

“Like other Yazidi women and girls who lived in Sinjar, I was separated from my family, given as a gift to an ISIL emir [leader] and brutally raped. It was a horrific experience.”

Despite the relentless abuse, she resisted her captors, denouncing their abuses. “No religion accepts what they did,” she said.

“To punish me, they sold me to another man in Syria.” There, she endured more torment before she was finally freed by a military operation.

After she was rescued, Maha moved to Dohuk, where she was contacted by the Women’s Centre. Social workers explained the services available, including counselling, group therapy with other survivors, legal assistance and a full range of health services.

“I was afraid to come here in the beginning,” she said. She felt stigmatized by her experience, and was even afraid to be reunited with her family.

Eventually, she decided to visit the centre. She received a medical examination and tentatively began attending psychosocial sessions. The services helped her decide to reunite with her sister.

“At the beginning, I refused to see my sister to avoid breaking down, because she reminds me of my mother and I have no idea where she is. But after a few sessions, I managed to get over that fear and I met my sister,” Maha said.

“I feel much better now,” she emphasized.

After the nightmare, help

Since ISIL forces attacked Sinjar and the surrounding villages, up to 5,000 Yazidi men have been killed, according to UN estimates. Thousands of Yazidi women and girls have been forced into sexual slavery. A United Nations human rights panel has determined that the ongoing campaign of violence against the Yazidis amounts to genocide.

The Duhok Women’s Centre was set up in 2014 to aid Yazidi women and girls who have survived these atrocities. Following a “one-stop” model of comprehensive support, the centre provides integrated medical, psychological and legal support, and also provides referrals for other required services.

By early October 2016, the UNFPA-supported centre had assisted 824 survivors, including some younger than 15.

Lima*, 22, was in the last days of pregnancy when ISIL swept into her village. She was separated from her husband, and transported from one place to another with her mother-in-law and sister.

She delivered her baby in Telaafer. Twenty-eight days later, she was taken to Syria, where she was sold multiple times as a slave. She was subjected to sexual and physical violence, and forced to convert from her religion.

After she escaped in June of last year, Lima sought treatment at the Duhok Women’s Centre. The ordeal had taken a massive toll on her physical and emotional health: She was suffering from shortness of breath, loss of appetite, insomnia and terrible anxiety.

The comprehensive services at the centre have helped Lima get back on her feet. “She started making friends and communicating with others, especially her husband’s family,” said Dr. Nizar Issmat, director of the health department in Dohuk.

Empowered to help others

Lima “has become more powerful and is attempting to help others,” Dr. Issmat said.

Maha, too, has been inspired to support other survivors.

“I am determined to reintegrate into my community, to be a successful working woman and a role model for other women who have been through a similar experience,” Maha told UNFPA.

“Though I will not forget the evil ordeal under ISIS, I am determined to start over.” 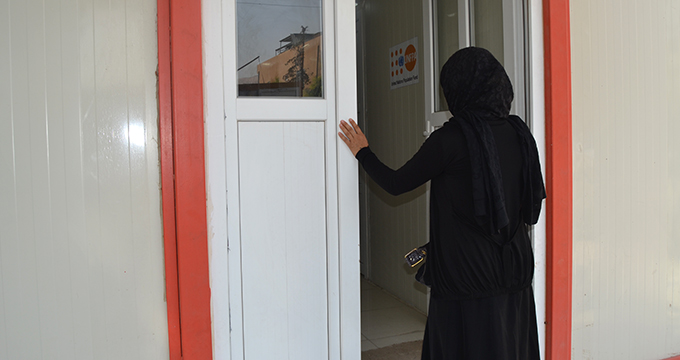