UNITED NATIONS, New York – Violence against women and girls is one of the world’s most pervasive human rights abuses. But a global chorus of voices is calling for change.

Today is the start of an international campaign, 16 Days of Activism against Gender-based Violence, which mobilizes leaders, communities and individuals around the world to end the pandemic of violence.

To mark the occasion, UNFPA is launching an interactive feature, Sixteen Voices for Change. This feature spotlights 16 people who are not only demanding an end to gender-based violence, but also calling for empowerment, equality and justice.

The campaign will run from today, the International Day for the Elimination of Violence against Women, until 10 December, Human Rights Day.

Every person can make a difference

Globally, one in three women experience sexual or intimate partner violence. Millions of girls are additionally subjected to harmful practices such as child marriage and female genital mutilation.

UNFPA’s feature shows that every single person can make a difference. The 16 activists include women and men, adults and children, policymakers and grassroots activists, as well as advocates and survivors. Together, they show that change can take many forms.

In Nepal, Manamati Nepali leads a group of girls who are working with the government and UNFPA to end gender-based violence and child marriage. “First of all, women should be respected,” she told UNFPA.

In Uganda, 10-year-old Mary Goret Aleper is inspiring change simply by speaking aloud a dream that eludes millions of girls all over the world: “I want gender equality,” she said.

And Palestinian activist Rand Jarallah uses a unique form of art – makeup – to raise awareness about gender-based violence. In her stunning reverse-motion video, “Reversing the Trend,” she uses her own face as a canvas to depict abuse and the need for global action. 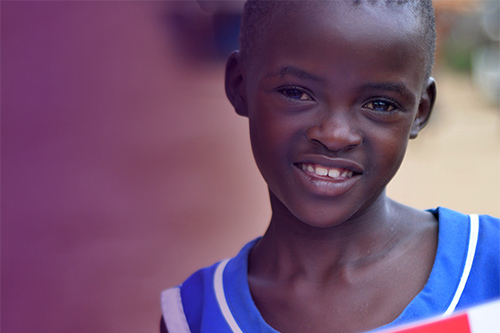 Sixteen-year-old Raneem Abras is fighting child marriage in her Syrian refugee community in Jordan, where families are increasingly marrying off their daughters to cope with the stresses of displacement.

“I wish I could go around educating everyone I know,” she told UNFPA, which supports efforts like hers through youth empowerment programmes.

UNFPA also distributed dignity kits, which are designed to help women maintain their dignity and hygiene even in the most precarious circumstances. These kits contain hygiene supplies such as sanitary pads and soap, as well as a flashlight and whistle to help women move around safely at night.

At a dignity kit distribution in flood-affected Bangladesh, Shahida Khatun called for programmes that empower women economically. “That can help us to get relief from abusive relationships,” she said.

Indeed, economic empowerment programmes are being made available in UNFPA-supported safe spaces for women and girls. These spaces help humanitarian responders reach women with health care, psychosocial assistance, skills training and other services.

At one such safe space in South Sudan, Cecilia works together with other women to develop livelihood skills, build confidence, and assist survivors of violence.

UNFPA also supports outreach workers who can provide a full range of care to survivors of violence, including psychosocial care and referrals to specialized medical care.

“Often the main problem is silence,” said Maryna Kononeko, the head of one such outreach team. “Those women don't tell anyone about the violence they suffer from.”

She and the other 15 activists have had enough silence. Today, their voices are being heard. 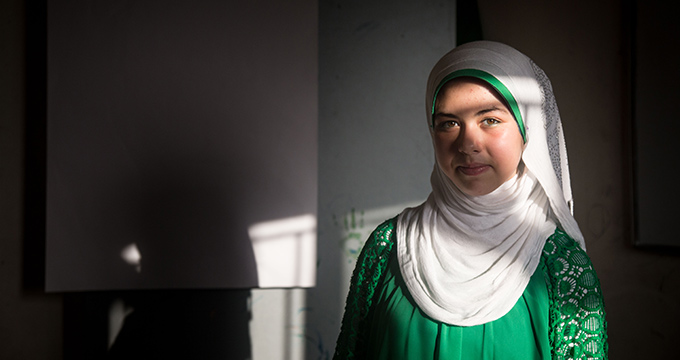