NAMPULA Mozambique – “Before I entered the safe space, I was shy, and it was difficult for me to express myself. I spent my free time after school with vulnerable girlfriends my age who had left school to marry, and some were even pregnant,” 16-year-old Amelia Abadala Salimo told UNFPA. “I felt afraid to become one of them.”

Then last year, she joined UNFPA’s Action for Adolescent Girls initiative. At a safe space, she and other girls learned about life skills, entrepreneurship, leadership and human rights – including the right to live free of violence and child marriage. The girls also learned about sexual and reproductive health, and how their bodies and lives could be affected by early pregnancy. 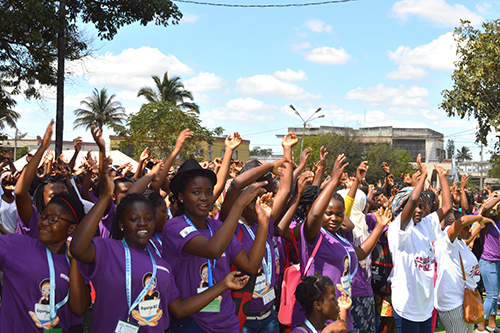 Mentors have been carefully selected and trained to guide girls through sessions on empowerment, leadership and human rights. © UNFPA Mozambique

“In the safe space, I felt empowered and understood, and I learned to express myself, and suddenly new doors opened,” Amelia said.

Today, she will be playing a key role in guiding other girls through similar sessions as part of the first joint UN programme to empower girls in Mozambique.

According to a 2015 survey by the health ministry, 46 per cent of girls aged 15 to 19 have been pregnant at least once . Child marriage and early pregnancy multiply the risks to girls’ health, increasing the likelihood that they will experience pregnancy complications such as obstetric fistula, or even die from pregnancy-related causes.

Pregnancy can also force girls to drop out of school, limiting their future potential. In Mozambique, girls’ primary school enrolment stands at 85 per cent, but by secondary school, their enrolment drops to 18 per cent, according to the 2015 State of World Population report.

The first joint UN programme on adolescent girls, called “Action for Girls and Young Women’s Sexual and Reproductive Health and Rights,” addresses these problems at the individual, community and policy levels. 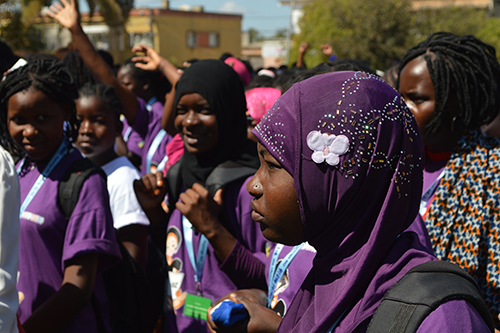 Mentors will serve the communities where they live, making them more effective role models and advocates. © UNFPA Mozambique

With $14 million from the Government of Sweden, this four-year programme will build on UNFPA’s Action for Adolescent Girls initiative, bringing in the involvement of UNICEF, UN Women and UNESCO. Led by Government of Mozambique, the program will include the participation of civil society, youth organizations, community and religious networks, and the media.

“The programme is a significant milestone towards more collective efforts towards the empowerment of Mozambique’s most vulnerable adolescent girls,” said Bettina Maas, UNFPA’s Representative in the country.

The programme aims to reach more than 1 million girls in Zambezia and Nampula provinces, which have some of the country’s highest adolescent pregnancy rates, according to the 2015 government survey.

The launch, on 15 August in Nampula City, was attended by 830 mentors, who were carefully selected and trained to guide girls in sessions on life skills, human rights and other topics. The mentors are young, from 15 and 24, and live in the communities they serve, making them more effective role models and counsellors.

“I want to be a part of the change in my community – and also to break the silence of the harms happening to adolescent girls next door,” said Nilza Armando, a 19-year-old mentor, at the launch event.

Each mentor will reach 60 girls a year through the safe spaces. The campaign will be rapidly expanded, with more mentors trained throughout the year. Girls will also be reached through radio and television.

Working on every level

The programme additionally works with communities to keep girls in school and to return out-of-school girls to the classroom. And it holds dialogues with parents, men and boys, helping whole communities to collectively embrace the importance of girls’ education and rights.

Forums will also be created at the local, provincial and national level, enabling girls to advocate on issues affecting them.

“I want to demonstrate to the most vulnerable adolescent girls in my community that a different path exists,” said Idris Jamal, a 13-year-old member of Mozambique’s Children’s Parliament. She will be a mentor to younger girls and will also spread her message of girls’ empowerment on the radio.

“Adolescent girls can be in school, pursue dreams, engage in sports, dance or play an instrument,” she said, “instead of marrying when still a child or becoming young mothers.” 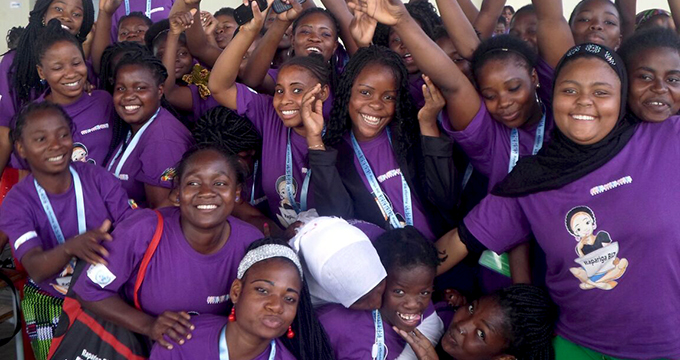