"The father of the child is dead,” she told UNFPA. “I am an orphan, and I didn't have the means to support my pregnancy. I even thought about abortion.”

The conflict in the Central African Republic has been marked by rampant killings and sexual violence; 2.3 million people are currently in need of humanitarian aid. Health facilities have been destroyed and whole communities have been uprooted, leaving women like Mathilde without pregnancy care or support services. 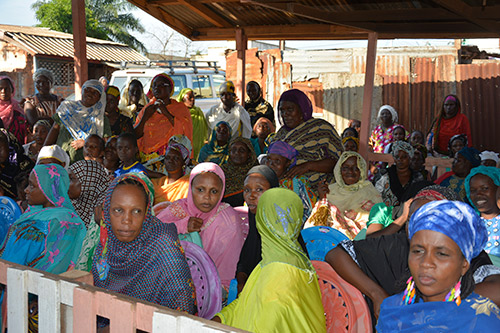 But Mathilde was fortunate – she found help from a uniquely Central African programme, Ita Ouali, which means "the daughter of my mother" or "my best friend" in the local Sango language.

She was able to receive antenatal care and safely give birth in a health centre. Today, Mathilde is the proud mother of six-month-old Emmanuel.

“The Ita Ouali counsellor really helped me a lot,” she said. “Today, I am selling donuts, and it is enough to take care of my baby.”

She added that Ita Ouali may help her increase her income further: “Later, I would like to do a training to become a seamstress.”

Some of the highest death rates

Ita Ouali was initiated in 2013, shortly after violence erupted in the country, to curb maternal and newborn mortality. The Central African Republic is estimated to have the world’s second highest maternal death rate and the world’s fifth highest child mortality rate.

Ita Ouali, a partnership between the Ministry of Health and UNFPA, is designed to empower women to help one another, particularly with issues that are often overlooked in this male-dominated society.

Ita Ouali counsellors – who are volunteers – learn about reproductive health and human rights, and how to refer women to appropriate care. Counsellors are able to speak knowledgeably about childbirth, family planning and preventing HIV. They also speak out against gender-based violence.

"Any woman who wishes so can be trained to become an Ita Ouali counsellor," said Marie-Justine Mamba-Ibingui of UNFPA.

Even before the conflict, too many women lacked access to sexual and reproductive health information and care. But with the outbreak of violence, the situation greatly deteriorated.

Andarra Brigitte is the mayor of the fourth district of Bangui, an area with an estimated 120,000 people. She is also an Ita Ouali counsellor, and says that the crisis affected the programme’s outreach efforts.

"At the height of the crisis, only about 10 women were attending the [information] session, whereas usually they are a hundred," said Ms. Andarra. "During these sessions, we saw girls whose pregnancies resulted from rape coming in search of help and comfort.”

Today, with a fragile stability restored in the country, Ita Ouali counsellors hope to reach even more women.

They know their efforts are effective. "Since I started to educate women, we have not identified any maternal deaths,” said Ms. Andarra.

The work is immensely rewarding, she added with a smile. “After their delivery, we continue to follow women and their newborns. Two women even gave my name to their babies because they appreciated what I was doing and they wanted their babies to be like me." 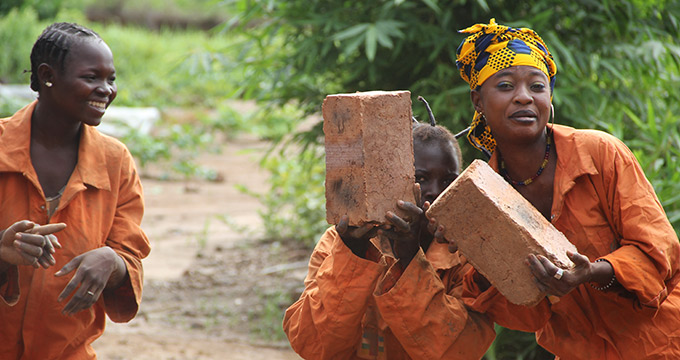