Pregnant in a city under siege: Yemeni refugees find safety and maternal services in Djibouti

OBOCK, Djibouti – Four months pregnant and living amidst constant shelling and airstrikes, Jamila decided she had to flee her home in Taizz City, Yemen. “To leave everything behind and flee, not only for your own life, but for the life of a creature who you love without having even met him yet, because you are carrying him inside you, is overwhelming,” says the soft-spoken 30-year old.

Only one health facility remained opened in the densely packed city of 500,000, and it was inaccessible from her besieged neighbourhood. In addition, there were reports that some women living in Sa’dah, to the north of Taizz, had been forced to give birth in caves outside the city, where they had fled after their homes were destroyed.

She knew staying was dangerous, but also that she would have to make the flight from the city alone. Her father-in-law had recently been shot, and, like her, could not access medical services, so her husband would have to stay behind to care for him.

Despite the risks, Jamila rented a car and drove through the conflict-ridden streets to the coast, where, after two weeks, she obtained passage by boat to Djibouti. Soon she arrived at Markazi refugee camp, in Obock district, and was promptly taken to a UNFPA-supported maternity clinic.

It was her first visit to a doctor since the start of her pregnancy.

“Knowing I was carrying a healthy baby all along was such a relief to me, and one less burden to worry about in this terrible situation my country is in,” she says. 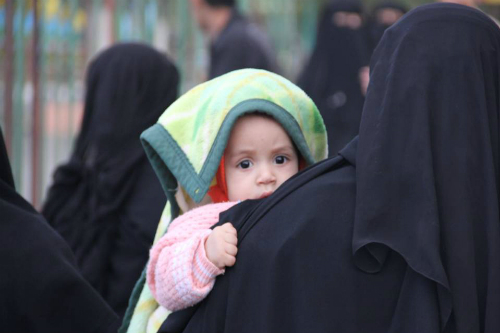 Taizz City has been home to some of the most intense fighting during the prolonged conflict between the Yemen government, and its allies, and rebel groups that has resulted in the death of approximately 3,000 civilians in the last year.

As of this March, nearly two-third of Taizz’s residents had fled the city, but according to UNFPA estimates, approximately 90,000 pregnant women remain in Taizz and the surrounding five, besieged districts, with 4,500 at risk of dying of complications during childbirth in the next nine months.

And many of the pregnant women who have fled are also living in arduous circumstances with little access to care. Nationally, 21.2 million people, or 80 per cent of the population, are in need of some form of humanitarian aid, including approximately 500,000 pregnant women.

Rates of maternal mortality increase drastically during conflicts and other humanitarian emergencies, and globally over 60 per cent of maternal deaths occur in crisis settings.

Since the conflict in Yemen began, over 30,000 refugees fleeing the violence have arrived in Djibouti, a country of less than 900,000 people with limited resources. And the population of Markazi camp, which hosts refugees largely from Yemen and Somalia, has more than quadrupled since the conflict broke out.

Finding care and hope in Djibouti

Amidst this strain on the country’s resources, UNFPA is dedicated to ensuring that all women living in Markazi and other camps in need of sexual and reproductive health and gender-based violence services can receive them.

Until recently, the Obock District Hospital, where the Markazi camp residents go for care, was not equipped to provide emergency obstetric and neonatal care. Now, thanks to UNFPA support, it has become one of the best-equipped facilities in Northern Djibouti, and the hospital where complicated cases in the region are referred. 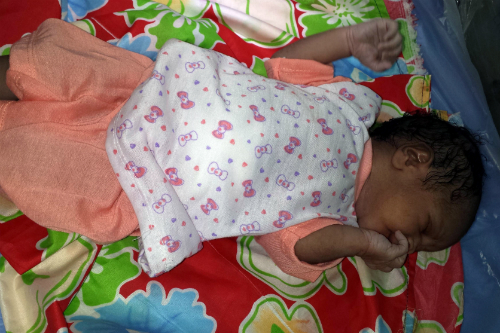 And this development proved critical for Jamila.

During her last routine visit to Obock before her due date, she was diagnosed with preeclampsia and oligoamnios, and her doctor ordered an immediate Caesarean section.

“These conditions can cause serious risks to the life of the mother and the baby. We had to act fast, and could only do so because we were prepared,” says Dr. Barnabé Mbonimpa, a physician at Obock. “The hospital is able to cater to all aspects of reproductive and maternal situations now, including C-sections, and our staff has received thorough training.”

And few hours later, after Dr. Mbonimpa and his team expertly performed the operation, Jamila was awake in her hospital bed, gazing down at her sleeping, healthy baby boy, named Mohamed, and smiling. 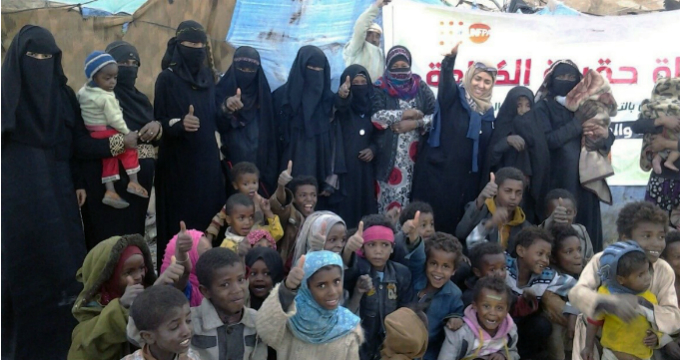 Pregnant in a city under siege: Yemeni refugees find safety and maternal services in Djibouti