N’DJAMENA, Chad – Like many child brides, Micheline Yotoudjim suffered terribly after she was married. She was married off at age 14, became pregnant at 16, and then experienced a prolonged, obstructed labour. Her baby was eventually delivered through a Caesarean section, but died four days later.

The complications caused Ms. Yotoudjim to develop an obstetric fistula – a hole in the birth canal that causes chronic incontinence. It can also lead to a host of other problems, including infections and infertility.

Women are too often blamed for the effects of fistula, and many are ostracized by their families or communities. Ms. Yotoudjim was no exception; husband abandoned her. 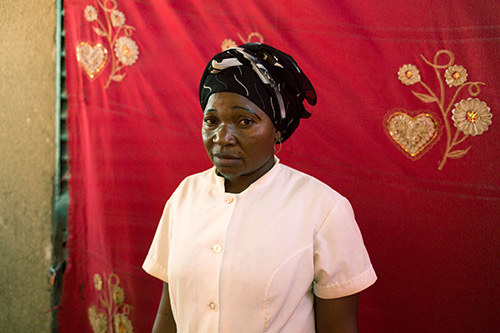 Micheline Yotoudjim was a child bride, and developed a fistula during an obstructed labour at age 16. Child marriage and adolescent pregnancy expose girls to physical risks before their bodies are mature. © UNFPA/Ollivier Girard

It took four years and five surgeries to repair the fistula.

“I still have nightmares when I remember how I used to smell back then,” she said.

Obstetric fistula is a needless tragedy, easily remedied with access to emergency obstetric care. Yet it happens all too often in Chad, experts there said, not only because women lack access to proper maternal health care, but also because traditional practices put girls at increased risk – namely, child marriage and adolescent pregnancy, which expose girls to physical risks before their bodies are mature.

“It is a cultural problem, and it is not easy to change behaviours,” said Dr. Koyalta Mahamat, director of the National Centre for the Treatment of Fistula, the country’s leading fistula treatment facility, in N’Djamena, the capital.

Messages about the harms of these practices, and about importance of proper maternal health care, are being disseminated through radio, television and other media. Still, there are still numerous barriers to change. 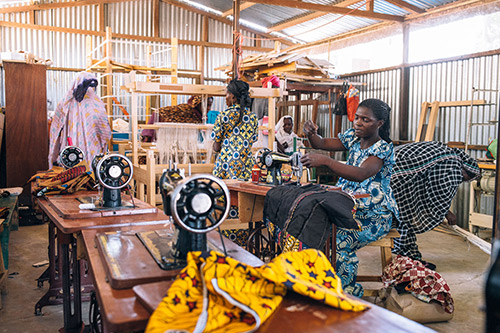 At the Association for the Reintegration of Victims of Fistula, survivors learn income-generating skills, such as sewing and weaving, to ease their transition back into their communities. © UNFPA/Ollivier Girard

But people like Ms. Yotoudjim are making a difference.

An ambassador for change

After Ms. Yotoudjim recovered from the fistula, her husband said he wanted to reconcile.

Instead, she dedicated herself to helping other women with the same condition.

Fourteen years later, she is a passionate advocate for survivors of fistula. She is also a nursing assistant, helping Dr. Mahamat and other health workers in the operating theatre where women are treated.

“I also counsel and give them support to help them go through the experience,” she said.

UNFPA supports the treatment centre with hospital equipment and reproductive health supplies, and helps with the cost of each surgery. UNFPA also supports the training of midwives and other health workers, part of broader efforts to improve maternal health.

But recovery does not end with a successful operation. Having suffered years of stigma and isolation, fistula survivors often have difficulty returning to their communities. Many have been excluded from work or school, and as a result have endured crushing poverty.

The Association for the Reintegration of Victims of Fistula, known by its French acronym ARF-VF, provides training in skills that help survivors earn an income, easing their return home.

Located near the fistula treatment centre, ARF-VF teaches weaving and tailoring skills, and provides information about running a sewing business.

“We give equipment such as sewing machines and provide advice to enable them start life again,” said ARF-VF’s founder, Benjamin Toldibaye, a Catholic priest.

The organization receives assistance from UNFPA, the African Union, the US embassy, and the country’s first lady. Some of the women’s products are sold through a nearby Italian non-governmental organization, Mr. Toldibaye said. 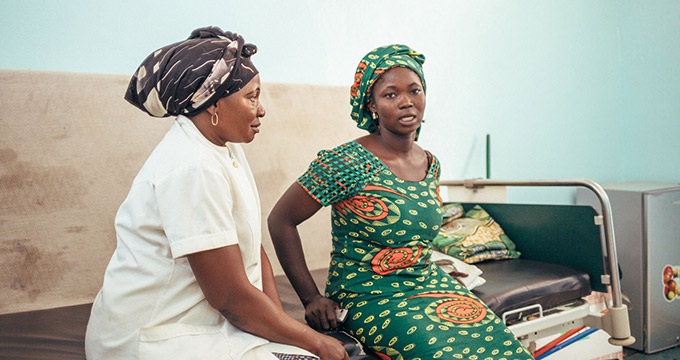