“If It’s Not On, It’s Not Safe”: Ugandan musicians promote condom use to save lives

KAMPALA, Uganda – “A commando dies if he neglects the bullet proof. How do you work on a farm minus gumboots?” raps popular Ugandan musician GNL Zamba in the hit song “If It’s Not On, It’s Not Safe”. Behind these clever lyrics is a life-saving message: Use condoms.

The hit song brings together a host of popular Ugandan pop artists, including Jody Phibi, Jazmine Lydia, Ray Signature and Big Trill. In its star-studded music video, young adults demonstrate the importance of negotiating condom use – a tricky but essential life skill.

Empowering people to negotiate condom use

Used correctly and consistently, condoms are a key tool for preventing the transmission of HIV and other sexually transmitted infections. They also help users avoid unintended pregnancies. Yet negotiating condom use is often difficult, particularly for vulnerable women and young people who have not received comprehensive sexuality education.

“If It’s Not On, It’s Not Safe” was released as part of a large-scale campaign to promote male and female condoms through music, television, social media, billboards and youth activities such as flash mobs. Launched in 2012, the campaign ends this year.

The music video was produced through a partnership between the youth organization Reach a Hand Uganda, the Uganda Health Marketing Group and UNFPA. The song was played on both radio and television stations.

CDs were also distributed, along with condoms and information on sexual and reproductive health, at video halls, bars, salons, bus depots and other high-traffic locations. An Android-based application, TaroWorks, was used to track the distribution of these items, mapping the campaign’s reach. 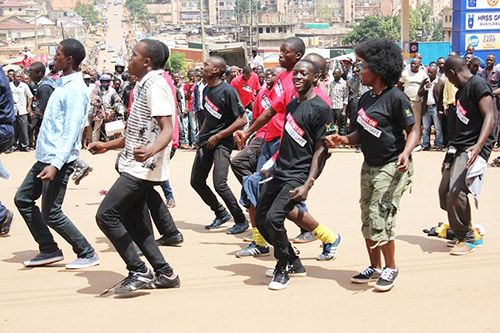 Young people dance to "If It's Not On, It's Not Safe" at a flash mob.  © Reach a Hand Uganda

To appeal to the largest possible audience, the music video portrays a wide range of cultural, socioeconomic and ethnic groups, and the song includes lyrics in both English and Luganda.

“As a musician who aims to inspire society through my music, it’s my duty to create awareness about HIV/AIDS, and having the opportunity to do it through this song was a win, because music reaches so many different people in society,” Jazmine Lydia said. 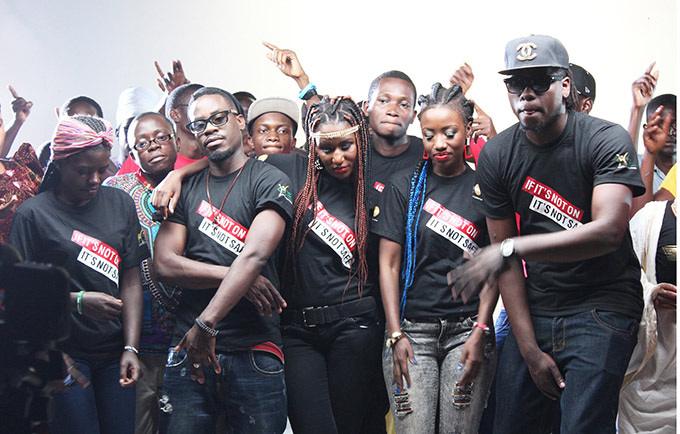 “If It’s Not On, It’s Not Safe”: Ugandan musicians promote condom use to save lives