HARADH, Yemen – Conditions for Yemeni women and girls are deteriorating as the conflict in Yemen drags on. The stress and chaos of the crisis, coupled with entrenched gender inequality, have left women and girls extremely vulnerable to violence, abuse and exploitation, humanitarian experts say.

Since 19 March, the conflict has led to over 32,000 casualties and 5,600 deaths, according to a World Health Organization report from mid-October. Some 2,690,000 people have been affected by the disaster, including refugees and people who had already been displaced by earlier crises in the country, the UN Refugee Agency has said.

“Women and girls are the most vulnerable group in conflict-affected areas,” said Ahlam Sofan, a UNFPA expert on gender issues in Yemen.

As men join the fighting, women are increasingly left to manage households on their own. These women often struggle to access basic services and to protect themselves and their children. Many have been displaced from their communities.

How conflict exacerbates women’s vulnerability“In the current conflict, women are  subjected to gender-based violence due becoming the heads of households, due to psychological pressure as a result of the war, the level of displacement, the lack of adequate housing and consequent lack of privacy, the level of poverty and consequent food insecurity,” said Ms. Sofan.

But even before the current conflict erupted, violence against women and girls was widespread. Earlier crises had left many living in precarious conditions.
Rashida, 20, was one such casualty.

Her family was displaced years ago by conflict in Yemen’s Saada Governorate. They lived in poverty in the Al Mazraq Camp in Haradh District, and when Rashida turned 15, her father decided to marry her off to be relieved of the burden of caring for her.

Her husband turned out to be abusive. He moved Rashida to an area where she knew few people, isolating her from her family and friends. Within four years, she had given birth to five children – Mariam, Asia, Nisreen, Moataz and Abdo.

One day last year, he viciously assaulted Rashida, then abandoned the family.

Rashida did not know how to access services or support her young children. Fortunately, a local organization learned about her case and arranged for her to receive assistance from a livelihood programme funded by UNFPA and the humanitarian group INTERSOS.

She learned tailoring and embroidery from the programme. At the end of the course, she received a sewing machine, and started her own tailoring business. Rashida now has a stable income and is able to provide for her children. She has even been asked to return to the tailoring workshop as a trainer.

Stories like these – of abuse and abandonment – are common in the current crisis as well. But underreporting means the scale of violence is unknown.

“In Yemen, it is difficult to make a precise distinction between gender-based violence cases related to the ongoing conflict and the ones unrelated to the conflict,” said Ms.  Sofan.

Still, it is clear that women are at risk. “There are indications that gender-based violence cases are taking place, like forced and child marriage, as well as domestic violence, psychological and emotional abuse, denial of resources, as well as rape and sexual assault,” Ms. Sofan said.

UNFPA and its partners are continuing efforts to support women and girls, including survivors of child marriage and violence. Efforts to prevent abuse – including by raising awareness of women’s rights – are also ongoing. But the situation of women and girls is not likely to improve until the hostilities end, safety is restored, and equality of women and girls becomes a priority. 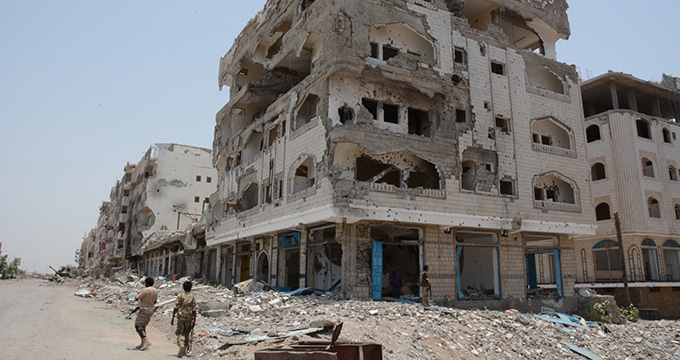