YAOUNDE/BATOURI, Cameroon – How does one comfort the family of an abused adolescent girl, or assist a pregnant survivor of sexual assault? In Batouri, in eastern Cameroon, these difficult tasks are the responsibility of two Catholic priests, Abbe Onto Victor and Gregoire Assiene, who have created a centre to support survivors of gender-based violence.

The Women’s Centre for Information, Listening, and Psychosocial and Legal Assistance – often simply called the Listening Centre – is managed by a dedicated team of seven catholic priests.

“The doctrine of the church talks of dignity for all,” said Mr. Assiene, 60, adding, "No one has to experience such cruelty of humankind." 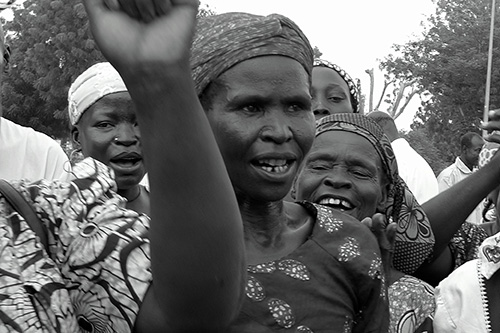 Violence against women and girls is tragically commonplace in much of Cameroon.

The Listening Centre was established three years ago in the Diocese of Batour, and each month it handles at least 15 cases, said Mr. Victor.

Women are referred to medical professionals or the justice system, depending on the nature of their case. They also receive counselling, clinical care and other assistance.

The care available has also expanded to include support for pregnant adolescents and women suffering from maternal health complications – such as obstetric fistula, a traumatic injury that can occur during childbirth.

Raising the level of care

UNFPA began supporting the Listening Centre in 2014. During the course of the year, UNFPA helping to train 55 centre workers, all based in different communities in Batouri. Many of them are now in charge of efforts to end violence against women and to assist survivors.

Before UNFPA partnered with the Listening Centre, “we, at the Centre, didn't use to offer psychosocial support and counselling,” said Mr. Assiene. “Cases of violence received at our centre were referred to the police or social affairs.”

Attendees during a role-play exercise at a UNFPA-supported training. © UNFPA Cameroon

All that has changed, he noted.

“We get to have a psychologist visit the centre twice every month to offer support and services to clients.”

Centre staff have also learned about the needs of survivors and how to address them sensitively.

Last month, in partnership with UN Women and the Government of Japan, UNFPA held a two-day training for 35 community members, health and legal experts, and civil society workers. Listening Centre staff were among the attendees at the workshop, which covered counselling skills, medical referrals and other crucial support for survivors.

“The purpose of the training was to reinforce participants’ capacities,” said Angelique Dikoume, a UNFPA gender specialist.

Other attendees included staff from groups that support orphans and at-risk young people.

Secondary school teacher Christine Mayina, said the skills will help her better assist the vulnerable youth she works with. “I feel very empowered, and more equipped,” she said. 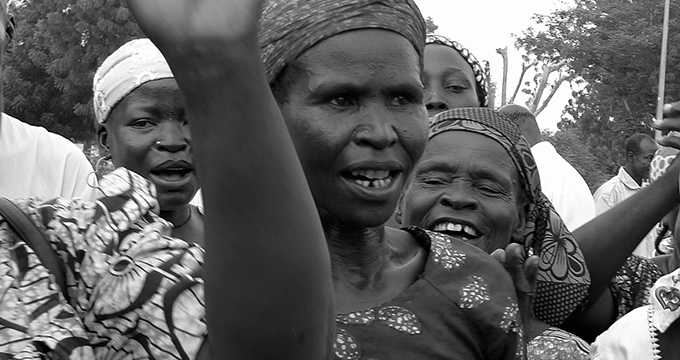