AFAMBO, Ethiopia – Asiya Hamed spent much of her life performing female genital mutilation (FGM) on girls in her community. She cannot remember how many girls she has cut, but she knows what the consequences have been.

“Girls and women suffered from urine- and menses-retention complications due to the physical condition created by FGM,” she said. She added that, because of this practice, women have faced life-threatening complications during childbirth.

Of course, she did not know all this when she was performing FGM. As a circumciser and traditional birth attendant, she believed she was helping the women and girls under her care.

But around two years ago, she received training from the Afar Pastoralist Development Association – which has partnered with UNFPA to raise awareness of the harms caused by FGM – and the Afar Region’s Women, Children and Youth Bureau.

“The trainings have revealed to me how much I have been subjecting women and girls to suffering out of ignorance,” Asiya said.

Today, she is working to mobilize people against FGM and child marriage, using her own experiences as a circumciser to persuade them.

Asiya is part of a programme being piloted in Ethiopia’s Afambo District, where FGM traditionally takes place at infancy – often when girls are just seven days old.

The programme, supported by UNFPA and partners, educates communities about the dangers associated with FGM and child marriage, helping them make the decision to abandon these traditions.

As part of this effort, Asiya serves on a committee in her ‘kebele’, or locality, dedicated to raising awareness of these issues. Such committees have been established in seven localities in Afambo, often including a representative from the local administration, a clan elder, a religious leader, an ex-circumciser and a youth representative.

Despite harms, many resist change

FGM can cause shock, haemorrhage and infection, and it can lead to prolonged labour, excessive bleeding during childbirth, and even death. Child marriage also harms girls’ health. Many child brides become pregnant before they are physically mature, leading to increased risk of pregnancy and labour complications.

Still, it is difficult to convince people to let go of these traditions. Some believe they are religiously required. Others believe that FGM and child marriage will deter pre-marital sex, which they say would bring disgrace to their families and clans.

There are few penalties for people who opt to continue these practices. Some parents and circumcisers have been taken to local authorities after FGM is performed, but many are released with a pardon. And the region where they live – Afar – has not yet adopted a law setting 18 as the legal minimum age of marriage.

Even though she has become an ardent advocate on these issues, Asiya is still occasionally asked to perform FGM.

“I tell them that I will never, ever think of subjecting a girl to the harms and suffering of FGM,” she said.

Despite these challenges, Asiya says people are slowly being convinced to end child marriage and FGM.

Her experiences as a circumciser and traditional birth attendant give credibility to her arguments, and she speaks with authority about the damage she has witnessed.

She now also encourages women to give birth in health facilities, under the care of skilled birth attendants such as doctors or midwives, rather than at home.

“When I come across a pregnant woman in labour in my community, I make sure that a call is made to the health centre in our vicinity for an ambulance to be sent,” she says.

Her efforts have helped convince influential community members that the health, happiness and human rights of girls and women must be prioritized.

Even after a lifetime of performing FGM, Asiya shows them, it is never too late to change one’s mind. 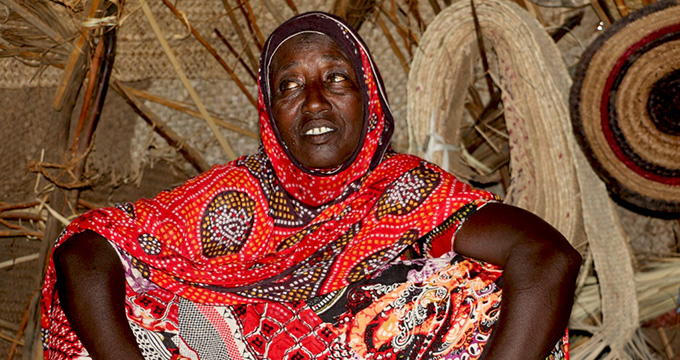