PHNOM PENH, Cambodia – Ry Chan, a gentle father in his mid-30s, was once an abuser. He believed that “a woman deserves to be beaten when she commits a mistake,” he regretfully told UNFPA in his home in Cambodia’s Kampong Leng District.

Mr. Chan grew up in Damnak Kokoh, a remote village where, even today, poor infrastructure hampers access to quality education and social services. “I was born here and am used to the tradition that men do the heavy work outside the house, whereas women do housework and look after the children,” he said, leaning against a wall made of palm leaves and bamboo.

In a 2013 assessment conducted by UNFPA and UN partners, nearly 60 per cent of men surveyed said a woman should tolerate domestic violence to keep her family together. Some 28 per cent believed that there are times when a woman deserves to be beaten. 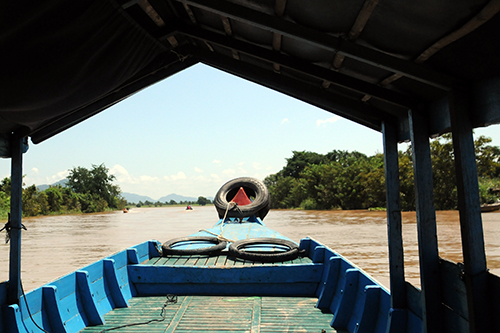 “It is usual that a couple fights or argues over housework, kids’ issues and other minor stuff, but this goes back to normal again a few hours later because they are a couple,” Mr. Chan said. He knows these things now, but when he was married to his first wife, those ideas were uncommon.

He was violent towards her, he admits. It is a mistake he cannot undo. She died a few years ago in a traffic accident. “If I could go back to the past, I would have not argued with my wife. Instead, I would have loved and respected her more,” he said.

Mr. Chan learned there was another way when he attended community sessions conducted in his village by the Good Men Campaign.

The national campaign, run by the Ministry of Women’s Affairs with support from UNFPA, helps Cambodians challenge harmful gender norms, which limit women’s engagement in social and economic development and leave them vulnerable to abuse and exploitation. By underscoring the importance of gender equality and encouraging men to stop violence against women, the campaign is changing behaviours at every level.

In four years, the Good Men Campaign has reached over 3 million people, more than half of them men, through a variety of activities, including social mobilization, mobile phone games, radio dramas, televised panels, community plays, parades and educational materials. The Ministry of Women’s Affairs has additionally organized workshops on gender-based violence for uniformed personnel and community members. 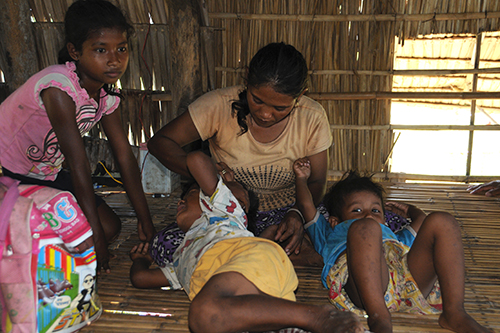 Today, Mr. Chan wants to be a role model to his three children. © UNFPA Cambodia

Many boys and young men have been receptive to these messages, said Marc Derveeuw, UNFPA’s Representative in Cambodia. “They will hopefully mature into adults with a greater sense of responsibility and commit to bringing about an environment free of domestic and other gender-based violence.”

As for Mr. Chan, he has not only absorbed these lessons – he is teaching them to others.

“Chan is very active in all of our sessions,” said Kong Chantha, the local councillor for women’s and children’s issues. “He speaks to and inspires other men in his village to discuss issues with their wives in order to determine and agree on roles and responsibilities… within the family.”

Today, he is a devoted family man. He has two children from his first marriage, a boy and a girl, and last year he married a widow, Soeun Savy, with a son.

Mr. Chan wants to be a role model for the kids, he told UNFPA. As he spoke, his wife sat nearby, knitting a fishing net and playing with their three children.

“Please ask my wife how my behaviour is towards her and our children,” he said. “We always discuss our differences to find a better solution when we are not in agreement on a certain issue. Fighting wastes our time and ruins family happiness.” 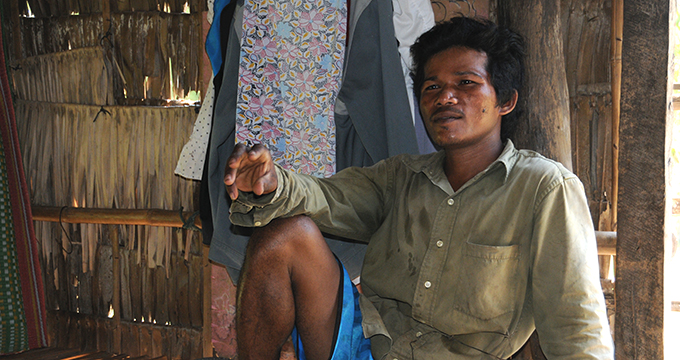 “The world needs to open their eyes”: Kasai survivors call for attention to...