MOKOLO, Cameroon – Conditions are often harrowing for women and girls in Cameroon’s Far North Region. Violence, child marriage and maternal death are all too familiar experiences in this part of the country.

But these grave concerns are being tackled head-on in an unexpected place: The local 95.8 FM radio station.

Every day at 1pm, the channel offers women and girls a glimpse into another way of living – a world where they are empowered and valued, and where their voices are heard.

Threats to women’s health and rights

The Far North Region has the second highest child marriage rate in the country among girls aged 12 to 14, according to 2005 census data. And discussion about women’s reproductive health and rights is considered taboo, leaving women and girls without access to critical information and care. All of this contributes to Cameroon’s staggering maternal death rate, one of the highest in the world. 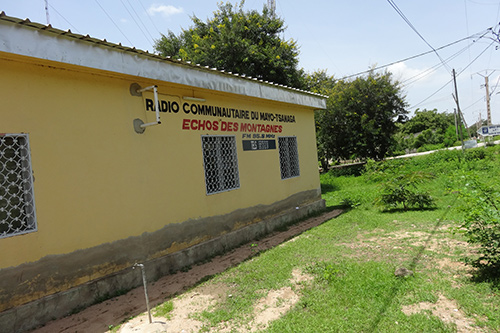 The situation is even grimmer in Mayo Tsanaga Division, close the Nigerian border. Attacks by the militant group Boko Haram have driven tens of thousands of Nigerian refugees into the area, and many local families have been also affected by the violence.

“Women are the basis of a stable society. When a woman is uncomfortable or frustrated because of cultural barriers, and she doesn’t have the opportunity to make her voice heard, the whole society is sick," said Pascal Djakaya, the head of the radio station, known locally as ‘Echos des montagnes’, or Echoes of the Mountains.

Lessons for women and men

Based in the city of Mokolo, Echos des montagnes is the only radio station broadcasting in the Mayo-Tsanaga Division. Its reach includes the nearby Minawao camp, where some 40,000 Nigerian refugees have sought shelter from Boko Haram attacks.

The station covers issues pertinent to both refugees and members of the local community, ranging from reproductive health and girls’ education to women’s rights and empowerment.

One show, ‘Vie de femme’ – the Life of a Woman – offers practical information to improve women’s status and welfare.

"Vie de femme gives an opportunity to a woman to talk about her life, problems she faces daily, and tips she uses to address her vulnerability," explained Mr. Djakaya. Tips include how to engage in income-generating activities, such food sales.

Even men are realizing the value of these programmes. “I call my wife and girls to listen Vie de femme because they can draw some very important lessons for their welfare,” said Ibrahim, a Mokolo resident.

Some messages are even directed at men, informing them about the rights of women and the consequences of gender-based violence. 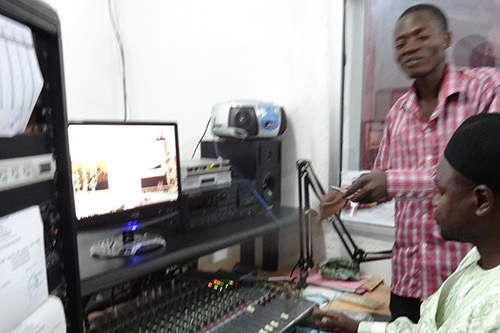 Pascal Djakaya, the head of Echos des montagnes, gives a tour of the station. © UNFPA Cameroon

The station has proved to be a powerful public health tool.

The show ‘Santé plus’ – Health Plus – features reproductive health experts answering questions from listeners. And public service announcements are broadcast in the local languages, promoting antenatal care and encouraging women to give birth in the local health centres instead of at home.

Listeners learn where to find assistance and health services, including care for victims of abuse.

“It gives vulnerable women and girls an opportunity to make their voices heard and to participate in discussions about everything that frustrates them and affects their collective well-being,” said Mamoudou Kermi, the host of the show.

Echos des montagnes was established in 2007, part of a joint project between UNFPA, the Food and Agriculture Organization and the Ministry of Agriculture.

In December 2014, UNFPA and H4+, with funding by the Swedish International Cooperation Development Agency, began helping Echos des montagnes, and five other community radio stations in the Far North, to strengthen their health and human rights coverage.

“Journalists from these radio stations took part in trainings on how to use radio specifically to talk about reproductive health and rights,” said Gabriel Tchokomakwa, a UNFPA project manager.

Radio is a critical means of reaching out to the community, Mr. Tchokomakwa added. “It is the safest and fastest way to promote reproductive health to the largest number of refugees, internally displaced and host populations,” he said. 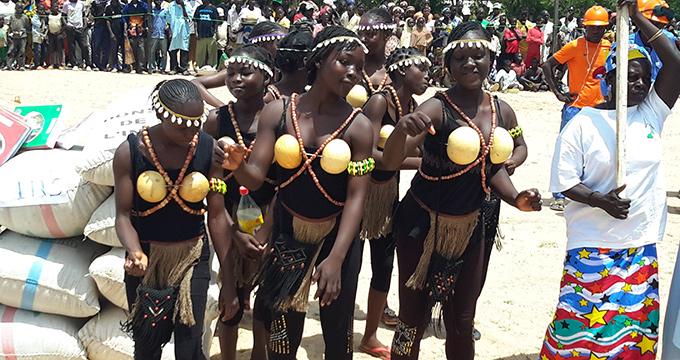