Gender-based violence is a complicated and sensitive subject. Reporting on gender-based violence means discussing issues that are often considered ‘taboo,’ and talking publicly about intimate and distressing matters. This can be particularly challenging in countries where tradition and religion play an important role in everyday life.

Even for the most experienced and senior journalist, filing a story on gender-based violence is likely to be one of the most challenging assignments. This is particularly true when attempting to adopt a survivor-centered approach, i.e., putting the best interests of survivors first, and adopting a ‘do no harm’ strategy.

The ethical principles which underpin journalistic best practice should also guide the way in which gender-based violence is covered.

A handbook on reporting on Gender-based Violence in the Syria Crisis is available here. 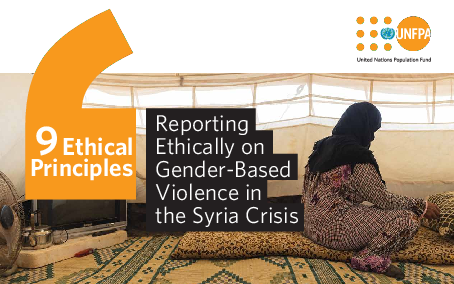