DUSHANBE, Tajikistan – “Strong men respect women.” These were the words of World Taekwondo Champion Daler Tyuryaev, who is helping to lead a movement of martial artists in the battle against gender-based violence and discrimination in Tajikistan.

Mr. Tyuryaev, 28, is a prominent member of the National Taekwondo and Kickboxing Federation of Tajikistan (NTKF), which has partnered with UNFPA and the UN Country Team to promote gender equality and prevent gender-based violence. 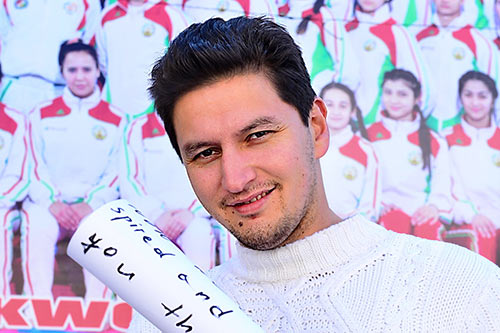 Gender-based violence and gender discrimination are major concerns in Tajikistan. Girls in Tajikistan have lower rates of enrolment in both primary and secondary school, and women are underrepresented in the labour force. When they do have jobs, women earn less money for the same work.

Violence against women is also widespread. In a 2012 survey, 22 per cent of married women and 36 per cent of divorced or separated women said they had experienced violence since age 15. More than 76 per cent of these women said the perpetrator was their husband or partner.

Mr. Tyuryaev and other respected fighters have joined a network of male advocates dedicated to advancing the rights and equality of women.

The network, initiated by the NTKF, is supported by UNFPA, UN Women and other UN agencies. “Summer camps,” for example, have been organized to train martial artists in gender equality, violence prevention, community organizing and public speaking.

Equipped with these tools, the fighters – mostly men – speak out against gender inequality and violence at martial arts lessons, matches and public gatherings. They also appeal to the public in videos and major media campaigns. 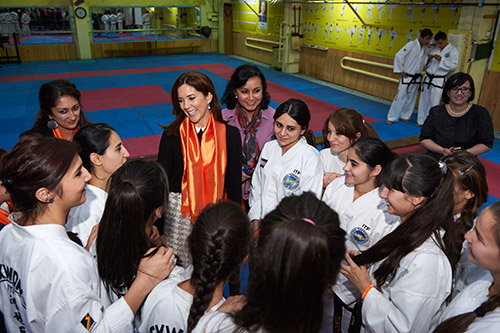 “[I am] asking my fellows, young sportsmen and the public, to be the role models for others by showing respect to women and girls,” Mr. Tyuryaev said.

He is living this message, as well. “Most importantly, [I] do it together with my spouse – who is a Taekwondo champion as well – as equal partners,” he emphasized.

So far, the Federation has trained over 500 young athletes and is cooperating with five different sports federations.

“We were trained about gender and social issues and had various campaigns in Tajikistan and foreign countries during the international Taekwondo event,” said Nodira Isaeva, a Taekwondo fighter who attended a UNFPA-supported training. “We speak on behalf of women and girls and raise our voices together with male athletes to end the violence.”

Girls and women say they have felt empowered by these messages. Schoolgirl Firuza Sirojeva said, “I already heard in the past that women and men are equal. But here at the training, I learned that it might be real.”

The NTKF has spotlighted the issue of gender equality and violence prevention at a variety of high-profile events. 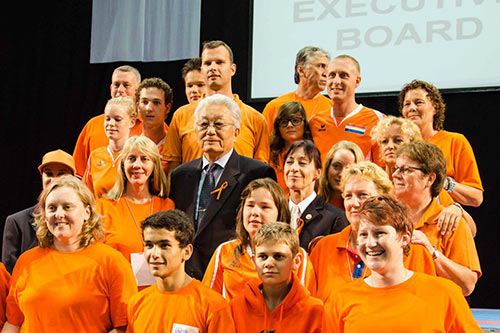 Martial artists and organizers participate in the Orange Day Campaign at the ITF Taekwondo World Championship in Tallin, Estonia. © National Taekwondo and Kickboxing Federation of Tajikistan

Mr. Tyuryaev brought these issues to the stage at the IX World Juniors Kickboxing Championship, held in 2012 in Bratislava, Slovakia, and at the ITF Taekwondo World Championships, held in Dushanbe in August 2014.

The Federation also celebrated “Orange the World Day”, part of the UN Secretary-General’s UNiTE to End Violence against Women campaign, at international championship events in Dushanbe. Mirsaid Yakhyaev, the NTKF President, was even named a goodwill ambassador for the UNiTE Campaign.

Crown Princess Mary of Denmark, a UNFPA patron, also visited the Taekwondo Club of Dushanbe to speak with young athletes about their efforts to break the silence on gender-based violence.

Together, these events have reached an audience of thousands – and every person reached is a potential ambassador for change.

Firuza, for instance, said she plans on sharing what she has learned with her community. “I will share the knowledge and great experience I received here with my family members and then with my friends and classmates. Step by step, we will achieve the world we want. 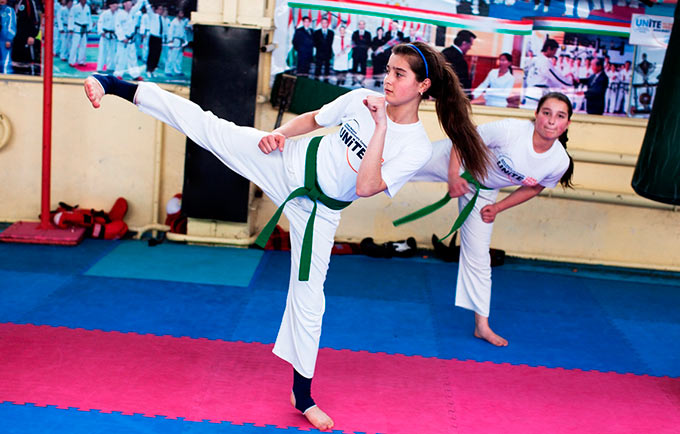