MAPUTO, Mozambique – Young people in Mozambique face stiff challenges in accessing sexual and reproductive health information and services, but the efforts of youth activists and peer educators are making a difference. This was the message over 120 young volunteers and activists at recent a meeting with the outgoing Prime Minister Alberto Vaquina, an expert in public health, in Maputo, the capital.

Poor access to sexual and reproductive health information and services has left many young people ill-equipped to protect themselves from unintended pregnancies and sexually transmitted infections.

Adolescent pregnancy rates are high: out of every 1,000 girls aged 15 to 19, some 166 get pregnant and give birth; by comparison, the global rate is 50 out of every 1,000 girls. Early pregnancy has a cascading effect through a girl’s life, impeding her ability to go to school and get a job. Girls who get pregnant while still adolescents are more likely to face a host of health consequences, including maternal injury and death. 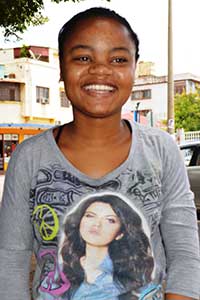 Young people in Mozambique are also vulnerable to HIV. Adolescent girls are particularly at risk – according to a recent UNAIDS report, some 2.7 per cent of men aged 15 to 24 are living with HIV, while 6.1 per cent of young women of the same age are HIV-positive.

The youth activists arrived in Maputo from communities all over the country, where they provide sexual and reproductive health counselling and education to their peers. At their meeting with the prime minister, they called for increased support.

They also spoke about troubling issues they have encountered in their work. One pointed out that a school principal had closed their counselling corners. Others drew attention to the fact that many schools do not admit pregnant girls.

Some activists said they have difficulty educating their peers about condoms. “Even if we counsel them and give them condoms, they don’t use them, and then they come back pregnant,” one young advocate said.

Misconceptions about condoms are commonplace. “I have met some saying that condoms are infected with HIV,” Rabia Saide, a student and peer educator with the Mozambique Family Planning Association, told UNFPA after the conference.

Negotiating condom use can be especially hard for young women. Gender inequality and social expectations are major factors. “If a girl carries a condom, her boyfriend will be suspicious, and that could sometimes lead to violence,” Ms. Saide explained.

“From my conversations with girls, I feel that girls want to use condoms, but boys force them not to. Girls end up accepting unprotected sex for fear of losing their boyfriends.”

Programmes like Geração Biz are helping to address these issues. Established 15 years ago with support from UNFPA, Geração Biz supports peer educators and youth activists through implementing organizations like the Mozambique Family Planning Association and the local NGO Coalizão. 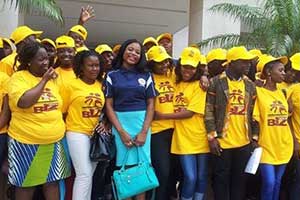 Mafalda Muianga, an activist with Coalizão, spoke at the conference about how her life changed after becoming an activist. “When I joined, I had little knowledge [about condoms and family planning], but now I am empowered to negotiate the use of condoms and I am capable of choosing the right family planning method.”

In addition to supporting better sexual and reproductive health, the activists also promote gender equality. “In our outreach interventions, we reinforce that men and women have equal rights… We influence boys and community leaders to change their wrong attitudes towards girls,” Mr. Marrime told UNFPA.

“We cannot give up”

At the event, Dr. Vaquina pledged to continue supporting the efforts of Geração Biz.

"This is a Mozambican programme,” he said. “We need to make sure that it continues to work, even with limited resources."

UNFPA is currently supporting the implementation of Geração Biz in four key provinces. And two innovative approaches have also been rolled out – MoBiz and Action for Girls. MoBiz is a mobile-phone-based programme that helps young people access sexual and reproductive health information and services. Action for Girls is a girls’ mentorship programme.

For their part, the youth activists said they are committed to continuing their work.

“We cannot give up,” said Mr. Marrime. “We have seen changes and that inspire us to continue.” 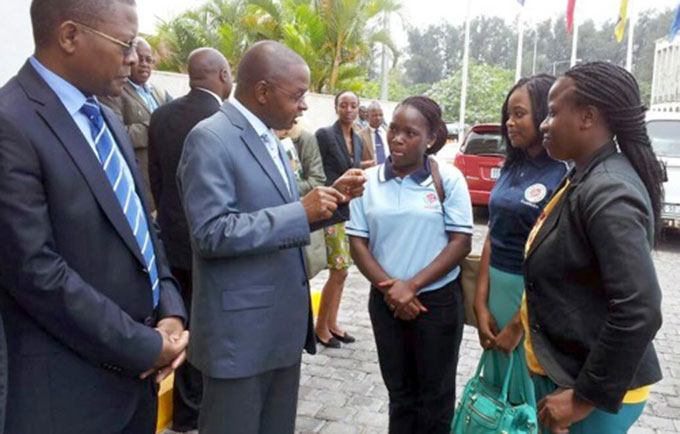