BANGKOK, Thailand – Mon* began dating her boyfriend when she was 14 years old. They met online.  A few months in, "he wanted to have sex," she recalled. "He did not use any protection. I was scared at first, but he said he would take all responsibility."

Soon after, Mon learned she was pregnant.

But her boyfriend did not keep his word; he left her to deal with the pregnancy on her own.

Mon's mother took her to a local hospital, which recommended she go to an emergency home – a shelter for young mothers. 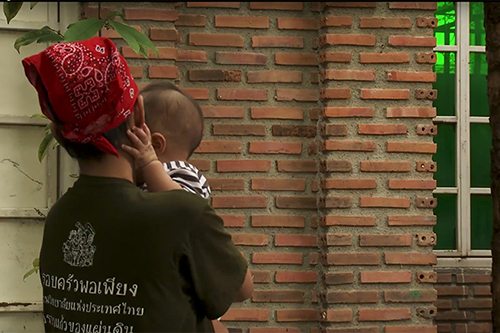 Mon ended up in a UNFPA-supported emergency home in northern Bangkok, run by the Association for the Promotion of the Status of Women. The home provides counselling, food, antenatal care, childcare classes, as well as vocation classes and other services.

Fan* became pregnant when she was 16.  "When I found out I got pregnant, I was shocked," she said. © UNFPA

Many residents come to hide their pregnancies from the community, which places a strong stigma on unmarried motherhood.

"I was so stressed out before coming here," Mon recalled. "I think society outside [this place] is so bad, always criticizing... Here I can talk to social workers and everyone else. They cheer me up and that makes me feel good."

Fang* was one of them. She became pregnant at 16. "When I found out I got pregnant, I was shocked," she said. "I told my boyfriend and we were clueless. We weren't ready for this."

Her mother brought her to the emergency home. "No mother wants to deal with this problem. My daughter is too young to have a child," Fang's mother told UNFPA.

These counselling sessions bring together pregnant teens and their parents, encouraging them to exchange views and support one another. 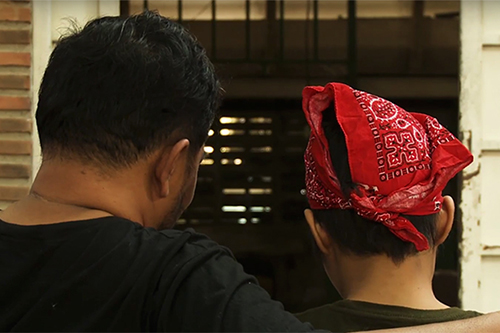 "We weren’t ready for this," Fang* told UNFPA about herself and her boyfriend. © UNFPA

"We have worked with parents over the years," said Nattiya Thongsrikate, director of the emergency home. "We have learned that we can't only work with teen moms in order to solve teen pregnancy. Teenagers can't cope this problem alone. They need adults for consultation and assistance."

Since these sessions began, fewer girls and families have chosen to leave their babies at the orphanage.

"Also, we learn how to take care of our baby," Fang said. Today, she and her 11-month-old daughter live at home with Fang's parents.

Learning about sexual and reproductive health

About 30 per cent of the shelter's cases involve unintended pregnancies, mainly from sexual exploitation and unprotected sex. 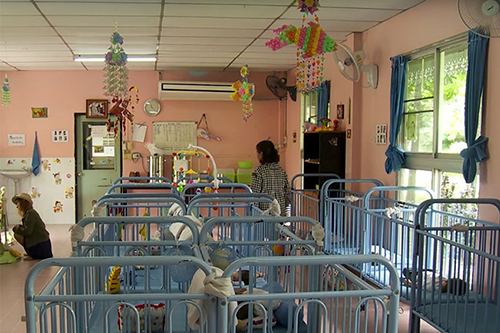 "Here we teach sex education, especially for those under 20. We teach them about precautions, such as contraceptive implants, that can prevent pregnancy for five years," Ms. Thongsrikate explained.  "For example, a 14-year-old girl who got pregnant now – it should take her another five years to get pregnant again. By then she would be more mature."

A struggle returning to school

The Association for the Promotion of the Status of Women also offers child care for teen mothers who are ready to go back to school.

But returning to school is often a challenge.

Mon dropped out of the 10th grade when she got pregnant. Now, she is planning to take vocational classes one day a week. "On Sundays, my mother will look after my baby," she said.

She is grateful for her parents' support. "I know now that my parents are the only people who truly love me—not men. I want my story to be a lesson for all girls: When men say they love you, they don't always mean it."

Fang's parents are also supportive, insisting that she complete her studies.

"All my children have to graduate at some point, no matter what crisis they have," her father said. "We have to support them because we know not many successful people can succeed in life without education."