SHISELWENI, Swaziland – More than one in five adults in Swaziland are HIV-positive, according to the most recent data, and the rates are highest among women. Despite these dangers, young people – and young women in particular – often lack the information and services they need to keep themselves safe.

Takhona, 17, says that, until recently, she did not know anything about HIV or sexually transmitted infections (STIs).

“I believed, before, that having sex, you just enjoy. Nothing can happen. I didn’t know about pregnancy and HIV and STIs,” she said.

Takhona is from Shiselweni, one of the poorest regions in Swaziland. “Sometimes I had no uniform or other school supplies,” she said.

The pressures of poverty were corrosive to her and her peers. In secondary school, she says, they started drinking alcohol, often before class.

“I was just trying to relieve stress by taking alcohol,” she explained.

She was soon misbehaving in class and threatened with expulsion.

Girls and young women at risk

Takhona is not alone in her stress. Despite Swaziland’s HIV prevalence – the highest in the world – there are steep barriers to receiving care, especially for young people.

Many health centres do not meet the standards for “youth-friendliness,” meaning they have not adopted practices that welcome young people while limiting stigma and encouraging access to sexual and reproductive health care, including HIV testing and prevention.

They have significantly higher rates of HIV infection, a fact exacerbated by their extreme vulnerability to sexual abuse. A 2007 study found that a third of women and girls experienced sexual violence before age 18.

But Takhona was lucky. A friend introduced her to Safeguard Young People, a UNFPA-supported programme that brings information about sexual and reproductive health to vulnerable youth.

The programme, which is supported by the Swiss Agency for Development Cooperation, convinced Takhona to make changes.

“If I got pregnant, the child would be very poor,” she realized. “Poor kids get more diseases. My future would be ruined because I wouldn’t be able to go back to school. Without education, there is just nothing in this world.”

She also talked to her friends about their drinking, and told community members about the dangers of HIV.

“My mother believed that HIV is curable. She believed that shaking hands with someone or sharing a toilet could transmit HIV,” Takhona explained. “I tried to open her mind.”

Today, nearly a quarter of all health facilities in the country provide youth-friendly services.

Still, there is much more to be done – both in Swaziland and elsewhere around the world.

“In many places, lack of access to education, lack of agency and lack of autonomy over their own bodies keep adolescent girls from claiming their human rights,” said UNFPA’s Executive Director, Dr. Natalia Kanem. “This lack of power makes each one of these girls extremely vulnerable to HIV infection, STIs and unintended pregnancy.”

The roadmap is a strategy to lower new infections by 75 per cent. It places a special focus on the needs of vulnerable adolescent girls, emphasizing the importance of their empowerment. It also calls for better efforts to protect them from violence and ensure their access to education and health care.

Efforts like these have made a difference for Takhona.

Last year, she finished secondary school. She now plans to become a teacher.

“What I wish for Swazi girls, I wish for them a bright future and better standard of living,” Takhoma told UNFPA.

“And actually, I’m looking to my own very bright future.” 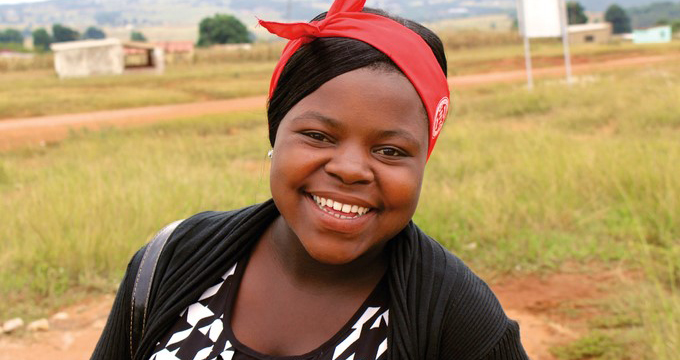 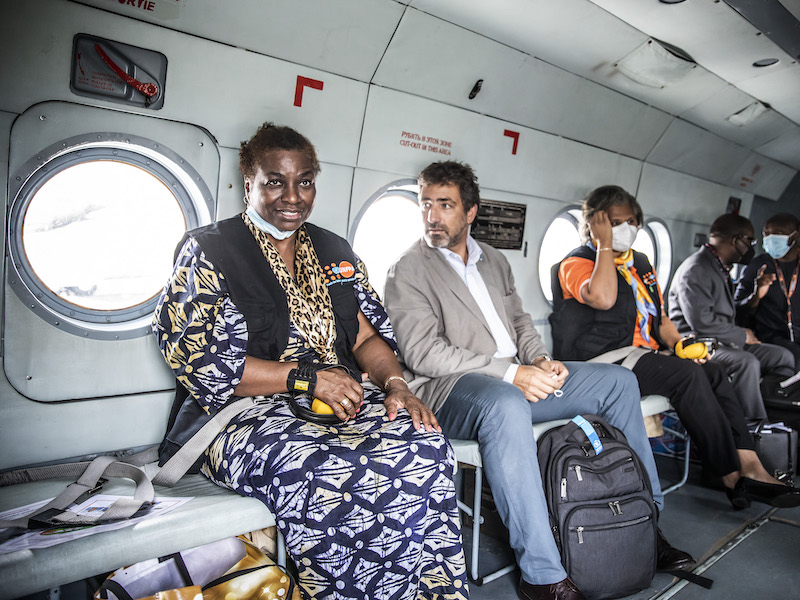