WAU, South Sudan – Childbirth is supposed to be a joyous occasion. But for the most vulnerable women and girls, it can be anything but.

Alexina Myambero Stimela knows this from experience. A nurse and midwife from Zambia, she was deployed to South Sudan as a United Nations Volunteer working with UNFPA. In 2013, while she was working the Rumbek Teaching Hospital, she encountered a young teenager, about 13 or 14 years old, who was suffering from a prolonged, obstructed labour.

“When she arrived, she had been in labour for almost four days,” Ms. Stimela said.

The girl had “married early, and she fell pregnant in a hard-to-reach place,” Ms. Stimela said. As is the case with many child brides, the girl had become pregnant before her body was fully mature.

“When she went into labour, the village midwife and the elders tried to help her,” but the delivery failed to progress. The elders brought her to the nearest hospital, then to another, hoping to save the girl’s life. That’s when they encountered Ms. Stimela. 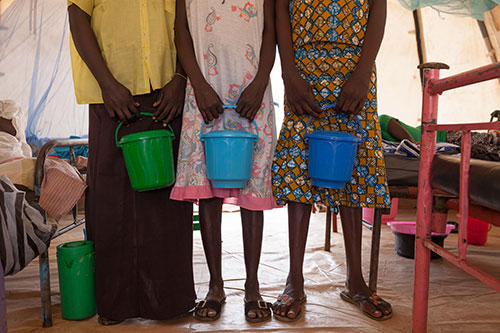 “The baby was delivered dead,” she recounted. Stillbirth is tragically common in such cases. But that was not all.

“She developed an obstetric fistula and was in a critical condition… to a point where we lost hope.”

The girl pulled through, Ms. Stimela said. But she was severely injured, and the obstetric fistula – a hole in the birth canal – left her incontinent.

“Initially she couldn’t walk, and if she stood, everything would just leak.”

Today is the International Day to End Obstetric Fistula, a day to raise awareness of one of the most serious injuries that can occur during childbirth.

Obstetric fistula is debilitating. It can cause chronic pain and infertility, and it often results in social isolation. Yet it is almost entirely preventable.

In fact, it rarely happens in developed countries because women who experience prolonged, obstructed labour have access to emergency obstetric care – usually a Caesarean section. 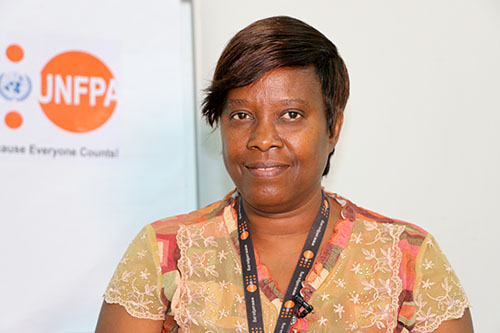 Alexina Stimela was a midwife for 25 years. She spent years in South Sudan as a United Nations Volunteer. © UNFPA South Sudan

For women who already have an obstetric fistula, a surgical repair can often make a life-changing difference.

Sadly, for Ms. Stimela’s teenage patient, that, too, would be out of reach.

It was December 2013, and Ms. Stimela was trying to get the girl to a UNFPA-supported fistula repair campaign in neighbouring Ethiopia. “Her condition was complicated and she needed specialized treatment outside South Sudan. Unfortunately, war broke out.”

“Later on, we heard that she had passed away,” Ms. Stimela said. “She had fallen pregnant while still having that fistula.” Once again, the girl experienced childbirth complications. “She collapsed and gave birth to the baby she was carrying. But the baby was dead. And after giving birth, she died.”

Fistula survivors can also receive rehabilitation services, such as skills training to help them earn an income once they return home. This is because many fistula survivors spend years in isolation and poverty, and require assistance reintegrating into their communities.

And to prevent the condition from reoccurring, fistula survivors are asked to seek antenatal care if they become pregnant again, and to give birth in a hospital or health centre where emergency obstetric care is available.

Ms. Stimela has supported several of these campaigns. “I was able to see some of the results. Some of the patients came back pregnant and were able to deliver safely. And they were able to hold their babies,” she said with a smile.

Today, she is retired and working to build a nursing home in Zambia. She is proud of the work she did in South Sudan.

But she will never forget that teenage girl.

“I wanted her to receive the help she needed. I really feel that emptiness in me. Like it was something that was unaccomplished.”