The Executive Board provides intergovernmental support to and supervision of the activities of UNDP, UNFPA and UNOPS in accordance with the policy guidance of the General Assembly, the Economic and Social Council, and the United Nations Charter. The Executive Board ensures that UNDP, UNFPA and UNOPS remain responsive to the evolving needs of programme countries, and supports the work of UNFPA in delivering a world where every pregnancy is wanted, every birth is safe, and every young person's potential is fulfilled.

General Assembly resolution 48/162 of 20 December 1993 created the Executive Board, which consists of representatives from 36 countries who serve on a rotating basis. On 1 January 1994, the Executive Board superseded the 48-member Governing Council, which previously served as the governing body for UNFPA from 1973 to 1993.

Members of the Executive Board are elected by the Economic and Social Council each year for three-year terms, with the exception of the Western European and other States group, which has determined its own internal rotation policy.

The Bureau of the Executive Board is comprised of one President and four Vice-Presidents, elected from the Members each year, taking into account the need for equitable geographical representation.

The primary functions of the Bureau are to prepare and organize Board meetings, facilitate transparent decision-making, and promote dialogue in decision-making. The Bureau also agrees on the composition of the teams participating in Executive Board field visits.

Pre-session informal meetings are held two weeks in advance of each session in order to review the agenda and documentation for that session. Other informal briefings and consultations are held on an ad hoc basis throughout the year.

The current Rules of Procedure of the Executive Board were adopted at the first regular session 2011.

Decisions of the Executive Board are focused and action-oriented, short and without preambular paragraphs.

Reports of Board sessions are prepared by the Executive Board Secretariat and posted after each session.

Joint Calendar - Executive Board of UNICEF and UN Women 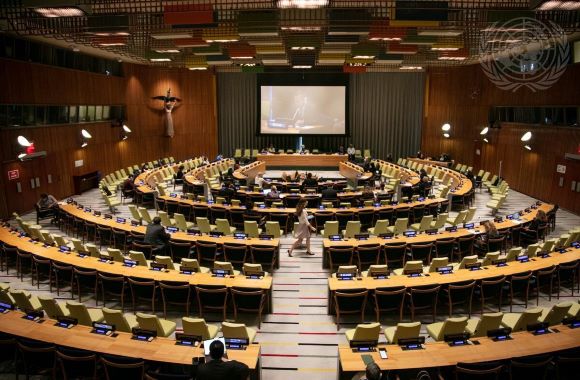 Executive Board of UNDP, UNFPA and UNOPS: First regular session 2023