On 25 March 2015 an unprecedented amount of rain caused 17 simultaneous flash floods in three regions of northern Chile: Atacama, Antofagasta and Coquimbo. The disaster directly affected over 35 locations represented almost one fifth of the entire Chile. According ONEMI this was the first time in the last two decades that Chile is facing the impacts of so multiverse hazards.  National response technical capacity was at stake due to the intense level of demanded on human resources that had been mobilized into 4 simultaneous emergencies.
The main humanitarian needs jointly identified by the government, the UNDAC team and HCT were: water, sanitation and hygiene; health, including psychosocial and sexual and reproductive health; shelter, protection and education.
UNFPA contributed with its own emergency funds for the acute phase of the emergency in response of a MoH request of dignity kits for women and adolescents. The contribution was USD 27,680 for 1,000 dignity kits, and for reprinting and dissemination of educative materials about prevention of GBV. The Kits were requested by National Chief of Department of Life Cycle, of the Secretariat of Public Health, Ministry of Health, and were distributed by the DHOs in collaboration with UNFPA. The Ministry of Health had a system in place for the distribution of medical supplies to affected areas (vaccines against Hepatitis A, Anti tetanus and influenza, etc.); and UNFPA coordinated to add to this transport and stocking system the distribution of Hygiene/Dignity Kits where the humanitarian aid was organized.
The PD approved USD 38,600 of Emergency Funds, which USD 27,680 were used in the purchase of 1,000 hygiene kits was distributed through the Ministry of Health and reprinting 1,000 brochures of educational material about VAW which was distributed by UNICEF. 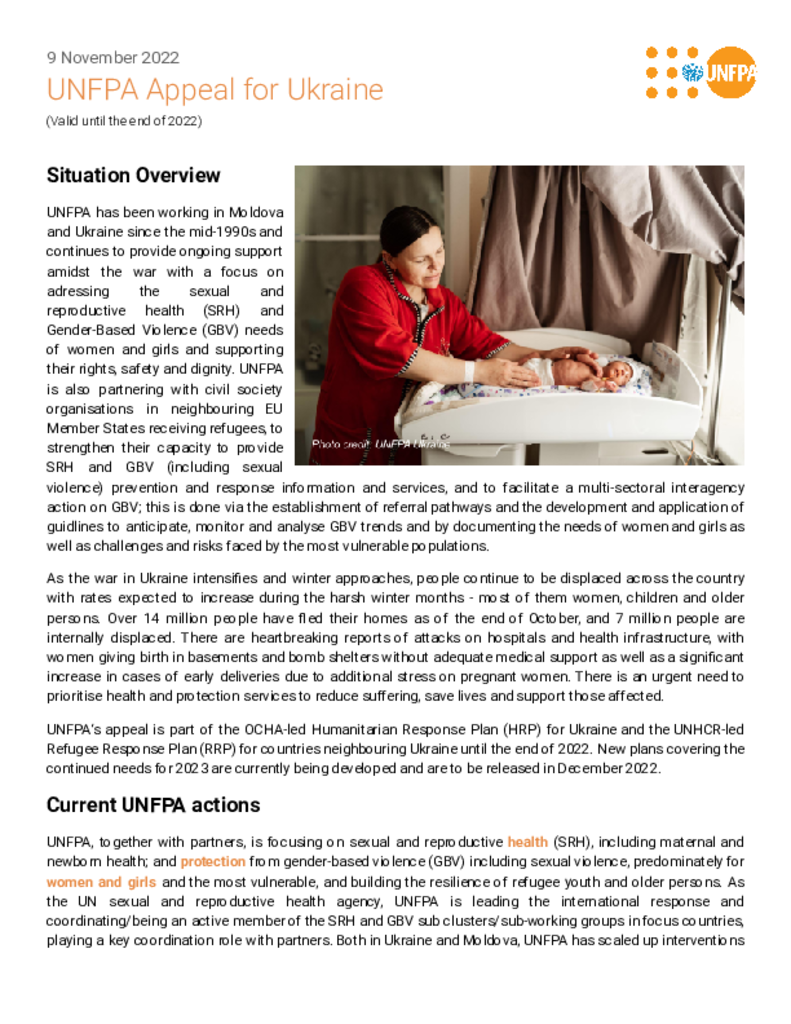