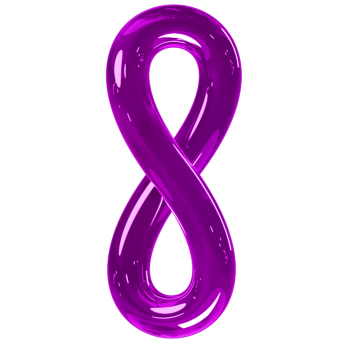 8 Trends for a World
of 8 Billion People

Can the planet sustain such a number?

The population projection for 9 and 10 billion is based on the medium scenario, which corresponds to the median of several thousand distinct trajectories of each demographic component derived using the probabilistic model of the variability in changes over time. Detailed information on the methodology is available on the website of the Population Division, www.unpopulation.org

The boundaries and names shown and the designations used on this map do not imply official endorsement or acceptance by the United Nations.

The regional classifications are based on the geographic regions defined under the Standard Country or Area Codes for Statistical Use (known as M49) of the United Nations Statistics Division.

This is a question asked each time the world notches another 1 billion. (World population reached 7 billion in 2011 and is estimated to peak at 10.4 billion in the 2080s until 2100.) Even amid much feverish hand-wringing in the 1960s over concerns of overpopulation, history has shown the answer is yes.

The pace of world population growth has been declining since the 1970s, dropping below 1 per cent for the first time in 2020.

According to the World Population Prospects 2022: Summary of Results: “two-thirds of the global population lives in a country or area where lifetime fertility is below 2.1 births per woman, roughly the level required for zero growth in the long run for a population with low mortality. The populations of 61 countries or areas are projected to decrease by 1 per cent or more between 2022 and 2050, owing to sustained low levels of fertility and, in some cases, elevated rates of emigration.”

“More than half of the projected increase in the global population up to 2050 will be concentrated in eight countries: the Democratic Republic of the Congo, Egypt, Ethiopia, India, Nigeria, Pakistan, the Philippines and the United Republic of Tanzania. Countries of sub-Saharan Africa are expected to contribute more than half of the increase anticipated through 2050.”

Lower-middle income and low-income countries contributed the majority of the 8th billion.

Upper-middle income and high-income countries, whose populations will be driven by international migration in the coming decades, contributed about 250 million.

Some countries saw reduced births due to COVID-19, while others saw little impact; the pandemic also reduced international migration.

Looking to the 9th billion, 920 million will live in lower-middle income and low-income countries, more than 400 million will be people 65 years and older, 150 million will be 15 - 29 and the population of children aged 14 and younger 0-14 will be declining and contributing negatively.

Let our challenge be to do more than exist – let us dare to thrive. And not just a privileged few whose circumstance of birth was down to chance but as many people as possible, from the person in the densely packed urban centre to the person in the remotest corner of earth, old to young, rich to poor, with and without disability, all gender expressions and sexual orientations.

Turn the 8 on its side, and you see the symbol for infinity, so that a world of 8 billion could mean a world of infinite possibilities. If the life of one individual can take many different routes,

Stories from around the world

Bringing rural villages back to life

Choosing her own path

Providing women with care and choices

To harness that potential in combating the world’s most pressing challenges – climate change, conflict, violence, displacement (100 million are globally displaced) and discrimination, everyone must be afforded fundamental human rights. That includes bodily autonomy, the freedom to make decisions about our bodies, lives and futures. Too many are denied this most basic of rights. Numbers should not be weaponized against, for example, infringing on reproductive rights to manipulate low or high population figures.

Without rights and choices, our health suffers, our dignity disintegrates, our potential lays dormant, our contributions never materialize, our lives shrink. Multiply that scenario by billions.

So remove barriers and open pathways. The world cannot move forward by holding anyone back. Possibility and opportunity should not be privileges.

We focus on numbers, and numbers matter so that governments and societies can develop infrastructure and provide services that accurately reflect its people and address their needs: How many schools and hospitals to build and where to situate them? What social safety nets must be established and who are they designed to protect?

But do not discount the individuals who make up that number. Can the person in that densely packed urban centre afford decent housing? Does the person in that remote corner have access to quality health care? Can those elderly and young find gainful employment or pursue education? Do the vulnerable and marginalized have the same opportunities as others? Societies that prize equality and invest in their people accept the dare to thrive – and they will.

Greek mathematician Archimedes, acknowledged as the first person to consider the concept of infinity, said: “Give me a place to stand, and I will move the earth.” He was referring to physics, but there’s no telling what someone taking their rightful place in the world can do to move it.

Data is based on interpolated assumptions between annual population estimates between 1 Jan. 2023 (0h) and 1 Jan. 2024 (0h) of the world population. The time series figures provide such estimation at 0h each day. The daily estimates are for visualization purposes only.

The 800 digital images in the collection constantly change and evolve - just like the human population itself.

UNFPA's first-ever NFT collection pays tribute to the infinite possibilities of a world of 8 billion people. Created exclusively to mark this milestone by award-winning artist Cecilie Waagner Falkenstrøm, the artworks were developed using an artificial intelligence algorithm that recognized patterns in the thousands of images sourced from UNFPA's digital photo archive. All profits will directly support UNFPA's work around the world to ensure all 8 billion are able to access opportunities and realize their full potential.